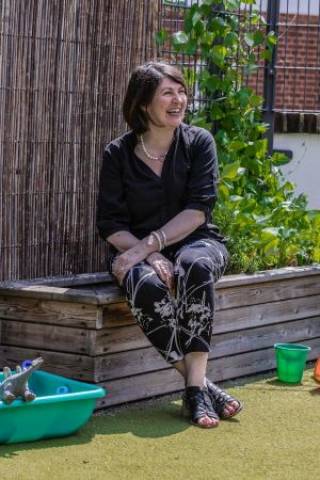 As CEO and creator of the UK's leading childcare social enterprise, June continues to break new ground in the development of LEYF's scalable social business model. She remains a tireless campaigner, looking for new ways to influence policy and make society a better place for all children and families.

June is a champion of community-based, multi-generational early years education as the basis for greater social and cultural capital to deliver long-term social impact. She continues to advise Governments as well as a range of organisations, academics and services at home and overseas about how best to implement a social enterprise vision for Early Years.

June is a fellow of the Royal Society of Arts, Director of Early Years Nutrition Partnership, Director of Social Enterprise UK, Member of the London Mayor’s Child Obesity Taskforce, and Founding Member of International Early Years. She was awarded an MBE in the Queen’s Birthday honours in 2013, for her services to London’s children. She won the Social Enterprise UK Women’s Champion Award in 2014 and in 2015 she was awarded an Honorary Doctorate from the University of Middlesex.

In 2016 she was named one of the 500 influential People in the UK by Debretts. The following year she was delighted to receive the Most Influential Person In Early Years Award and joined the top 10 of the WISE100 – an initiative from the NatWest SE100 Index which recognises 100 of the most inspiring and influential women in social enterprise, impact investment and social innovation. June is a published author, with an MA in Primary and Early Childhood Studies and MBA from London South Bank University.