Honorary Professor of Geography Education at the UCL Institute of Education. 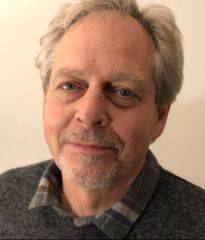 Obtaining his BA from the University of Newcastle in 1973, David went on to his post graduate professional training (PGCE) at the University of Cambridge. He was a secondary school teacher for twelve years, becoming a deputy principal of a comprehensive school. He became a university teacher-educator from 1986, developing research interests in curriculum, pedagogy and assessment in geography education.

His school textbook series Jigsaw Pieces published by Cambridge University Press won the TES school book of the year award in 1991. Receiving his doctorate in 1995 from the University of London, he became Assistant Dean for teacher education in 1999. He left the academy temporarily in 2002, when he was appointed full-time chief executive of the Geographical Association (GA).

David returned to the IOE as professor in 2007 and was awarded the Royal Geographical Society Taylor Francis Award for leadership in geography education in 2015.

Recent books include Knowledge and the Future School (2014), Learning to Teach Geography (3rd Edition, 2015) and Debates in Geography Education (2nd Edition, 2017). He chairs the Editorial Collective of Geography and serves as Associate Editor of International Research in Geographical and Environmental Education. He led the European Union funded GeoCapabilities project from 2013-17.