Providing a better future for children

From 1997-2014, a major UK study led by IOE, UCL’s Faculty of Education and Society, with the University of Oxford, investigated the impact of early years education on children at school and beyond. 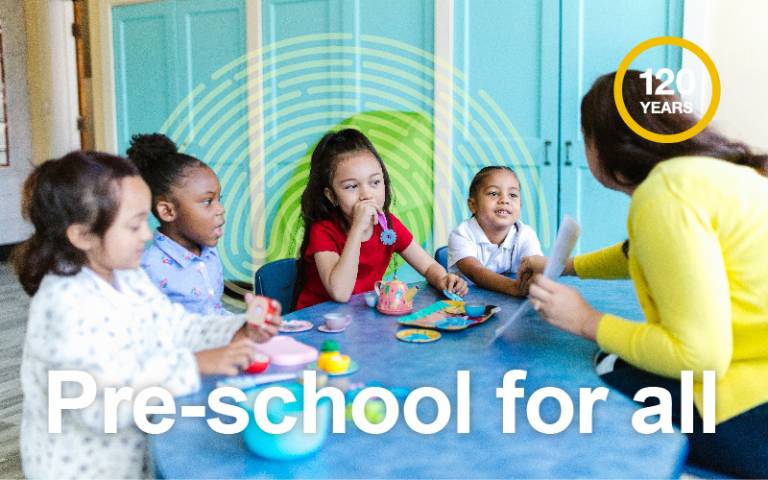 When the study began, early years provision varied widely across geographic and socioeconomic areas, as did its quality, nature and access. However, the Effective Pre-School, Primary and Secondary Education (EPPSE) project has since led to many reforms that have highlighted the importance of early years education and introduced high-quality pre-schooling for all UK children.

The study recruited 2,800 children from six English local authorities across 141 pre-schools and assessed them as they entered school (age 5) on their academic and social-behavioural development. 380 children, who had little or no pre-school experience joined the study to offer a point of comparison. The study followed the children throughout their time in school with assessments at ages 6, 7, 10, 11, 14 and 16 and collected a range of quantitative and qualitative data.

Results from the project underlined the value of early years education: it showed pre-school had a positive and long-term impact on children’s attainment, progress and social-behavioural development. This was particularly the case for disadvantaged children as it reduced the risk of anti-social or worried behaviour and improved attainment. This was especially important for children who were from families where parents had poor or no qualifications.

The EPPSE project also found that children who had early years education gained higher English and Maths GCSE results and were more likely to achieve five or more GCSEs at grades A*-C. Additionally, these pupils were more likely to go on to higher academic study.

Beyond academic attainment, pre-school also had a positive impact on children’s wider development. Those who attended were better at self-regulation, social behaviour and less inclined to hyperactivity.

The Institute for Fiscal Studies looked at the study’s data and estimated that an individual who attended a high-quality pre-school would earn £26,788 more across their lifetime, increasing earnings across households.

This, along with the educational and social and psychological advantages showed how crucial early years education is and underline the importance of IOE’s work in this area.

The study changed the thinking and practice in pre-school entitlement, pedagogy, and teacher education in the UK. It led to free provision of high-quality pre-schooling for all three and four-year-olds. This was extended to free entitlement for the poorest 40% (around 260,000) of all two-year-olds.

Such was the significance of the study, its findings have not just had an impact in the UK but have been shared throughout the world and cited in reports by UNICEF and UNESCO.

IOE’s work in this area has been crucial in making substantial changes to early years education that can improve outcomes for millions of children and provide disadvantaged children with a significant boost to their future.