Ensuring children get the best start 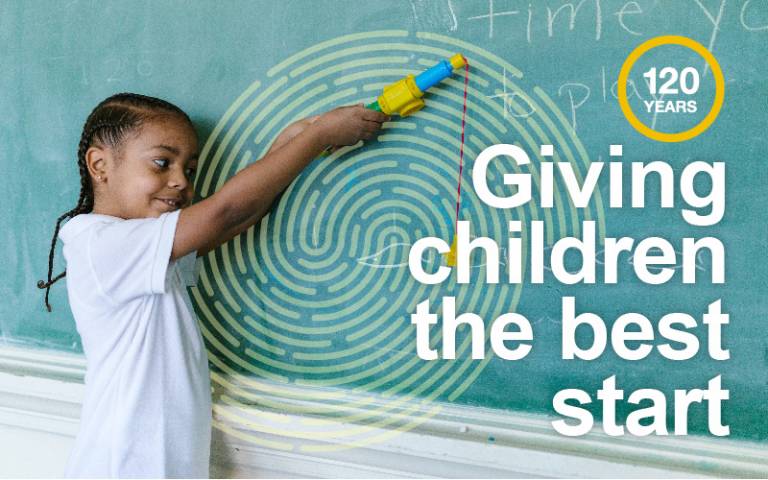 Dr Guy Roberts-Holmes, Senior Lecturer in Early Childhood Education at IOE, UCL’s Faculty of Education and Society, is leading research into policy reform in early years education and the impact this has on children and teachers.

The revisions of the Early Years sector have led to a tighter, more regulated and narrower focus on testing young children on early numeracy and literacy, Dr Roberts-Holmes argues. This in turn has led to a reduction in both the breadth and depth of the curriculum.

The change in this culture is perhaps best exemplified by the introduction of the baseline assessment for 4-year-olds – this is a test that teachers conduct with children in their first six weeks of beginning Reception to review their language and literacy, and numeracy.

Dr Roberts-Holmes’ research with Professor Alice Bradbury has raised questions about the benefits of the assessment. Their 2017 study found that many teachers grouped children as young as 3 into ability groups to prepare for the tests. While for higher-attaining pupils this is unlikely to make too much difference to their day-to-day life, for others it can lead to a sense of failure and raises questions about the impact on their wellbeing. The research revealed around 65% of teachers believed children were aware which group they were in. There were even reports of lower-attaining children missing play in order to catch up so that they were prepared for the tests.

It is not just children that the baseline assessment and increase in inspection and testing is impacting. IOE research has shown that teachers do not like the changes, and there is great concern that a number of qualified teachers will leave the state sector. Many teachers believe they have little choice and autonomy.

Despite the changes and increase in regulation to improve standards, recent analysis by the Educational Policy Institute of early years attainment since 2013 suggests that very little progress has been made in closing the gap between advantaged and disadvantaged children. Given that changes to the sector do not seem to be making a positive difference in this regard, Dr Roberts-Holmes believes it is imperative for researchers to shine a light on how England has implemented these reforms, interrogate the rationale and impact of the reforms, and ask important questions about whether this is working, and what the alternatives could be.

We have a moral responsibility to ask questions of what is going on in Early Years, not just accept it for what it is. If we want to ensure that children are getting the best start in life, then you have to take the system apart, look at it critically and ask difficult questions.” – Dr Guy Roberts-Holmes

The IOE research led by Dr Roberts-Holmes and Professor Bradbury was crucial in informing union policy and the Labour Party’s policy. The researchers have worked with the National Education Union to support alternatives and the Labour Party has adopted many of these ideas around not testing young children.

So, what could the Early Years sector look like if things were changed? One thing that Dr Roberts-Holmes sees as crucial in championing education is to trust the professionalism of teachers. More autonomy for teachers combined with a creative open-ended curriculum would reduce the time and pressure spent on national standardised testing for 4-year-olds. He notes: “It would help teachers have more time for creative lessons and it would help improve children’s wellbeing. It would allow children to be children.”

Throughout 2022 we are publishing monthly blogs exploring each decade of IOE’s 120-year history in the context of the education and society of the times.

Messages from the IOE community

IOE alumna and Joint General-Secretary of the National Education Union.

IOE alumnus and Founder and CEO of The Music Man Project.

UCL IOE Honorary Fellow and CEO of the Chartered College of Teaching.