P.C. Chang, the Universal Declaration of Human Rights and the art of living 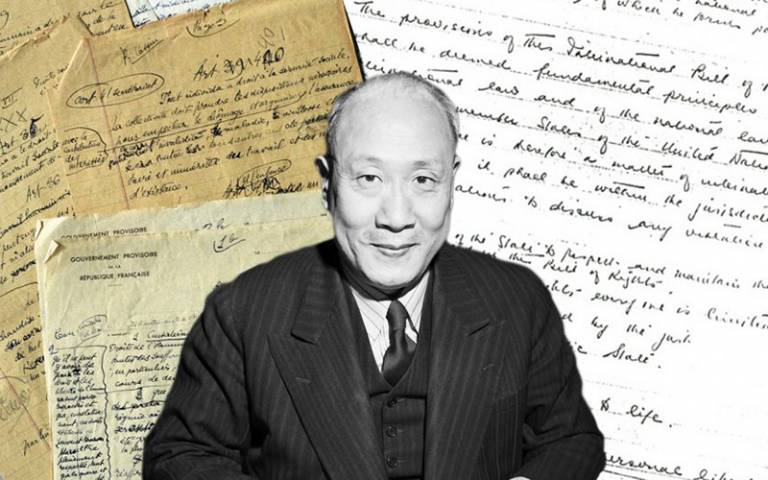 Professor Hans Ingvar Roth introduces his new book on Peng Chun Chang, a Chinese diplomat and philosopher who played a crucial role in the drafting process of the Universal Declaration of Human Rights (UDHR).

Peng Chung Chang (1892–1957) was the vice chair of the Human Rights Commission, and can be credited with ensuring the universality and religious neutrality that are now regarded as the Declaration’s defining features.

He often stated that human rights are for everyone, not just Western people, and that the UDHR should be seen as the basis for “a school of living”.

He was also a modern-day Renaissance man with many strings to his bow: educator, university professor, playwright, director and diplomat. A true cosmopolitan, he was deeply involved in the cultural exchange between East and West, and the dramatic events of his life left a profound mark upon his intellectual and political work.

Yet, in spite of the importance of P.C. Chang's work, his extraordinary contribution was overlooked for many years by historians of the Declaration.

Hans Ingvar Roth’s recent book P.C.Chang and the Universal Declaration of Human Rights (Penn Press) is the first biography of this extraordinary actor upon the world stage. Drawing upon previously unknown sources, it casts new light upon P.C. Chang’s multifaceted life and involvement with one of history’s most important documents.