The struggle for social justice in education: A celebration of Geoff Whitty's 50 years with the IOE 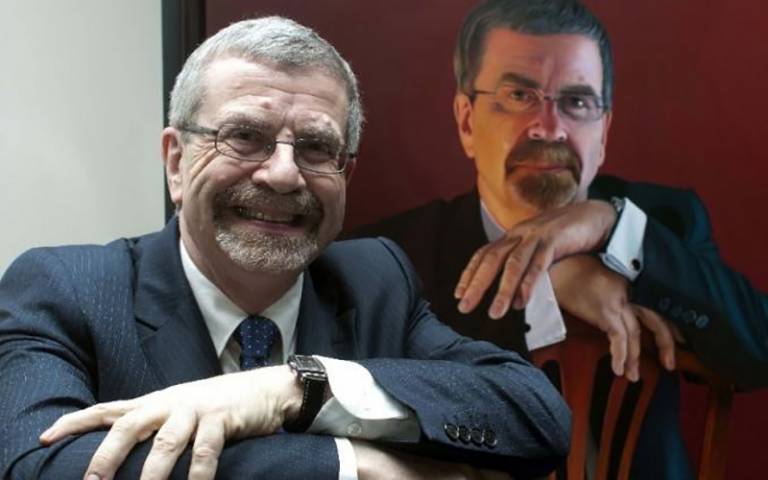 Watch or listen to the event again here.

Join us to mark Professor Geoff Whitty's long-standing association with the UCL Institute of Education (IOE) - from trainee teacher to Director Emeritus. We'll be reflecting on Geoff's time at the IOE and his contributions to the field of sociology of education as well as looking more broadly at the limits and possibilities for realising social justice in and through education.

Professor Geoff Whitty was Director of the Institute from 2000 to 2010. He taught in primary and secondary schools before pursuing a career in higher education at Bath University, the University of Wisconsin-Madison, King's College London, Bristol Polytechnic, Goldsmiths College and the IOE - where he now holds the title of Director Emeritus.

He also has a part-time Research Professorship at Bath Spa University and was until very recently a Global Innovation Chair at the University of Newcastle, Australia, where he co-directed the Centre of Excellence for Equity in Higher Education. Professor Whitty's sociological work has been concerned with the dynamic between middle class advantage and working class disadvantage in education.

Professor Whitty was a specialist advisor to successive House of Commons Education Select Committees between 2005 and 2012, and a member of the General Teaching Council for England and the Board of Ofsted. He is former Chair of the British Council's Education and Training Advisory Committee and past President of British Educational Research Association and of the College of Teachers.

He holds Fellowships of the Academy of Social Sciences, the Society for Educational Studies and the American Educational Research Association. He has been a Visiting Professor at the Universities of Bath, Birmingham and Bedfordshire, an Honorary Professor at Beijing Normal University, and an Honorary Research Fellow at Oxford University. In 2009 Professor Whitty was awarded the Lady Plowden Memorial Medal for outstanding services to education; in 2011 he received a CBE for services to teacher education.