If you run on your own you run fast, but if you run with a team you run far 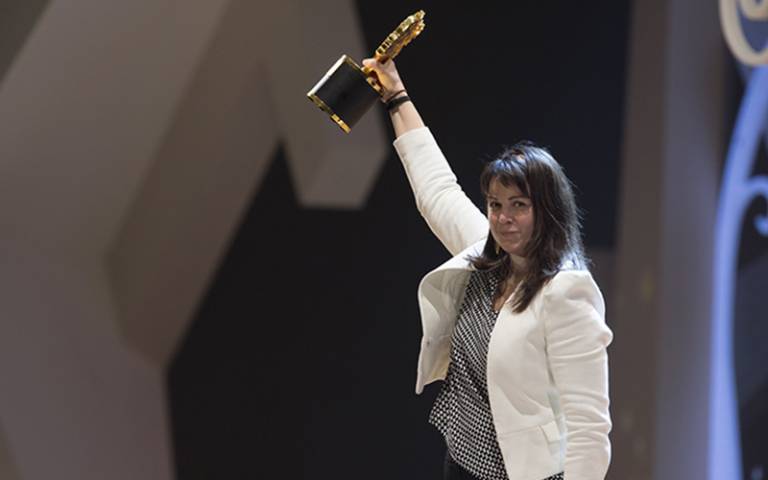 The challenges, opportunities and experiences of teaching in the Canadian Arctic

UCL Institute of Education are delighted to be hosting the Teacher of the Year lecture with the Varkey Foundation.

Maggie MacDonnell's lecture promises to be an exciting event for all in the teaching profession, and for those considering a career in teaching. Opening remarks delivered by Vikas Pota, Chief Executive of the Varkey Foundation and Becky Francis, Director of UCL Institute of Education (IOE). Join us for this inspirational lecture and Q&A, followed by a wine reception.

This event is free and open to everyone.

Maggie MacDonnell is the winner of the Varkey Foundation Global Teacher Prize 2017. She won from a field of over 20,000 applications from teachers in almost every country in the world.

Maggie MacDonnell grew up in rural Nova Scotia and after completing her Bachelors degree, spent five years volunteering and working in Sub Saharan Africa, largely in the field of HIV/AIDS prevention. After completing her Masters degree she found her country was beginning to wake up to the decades of abuse that Canadian Indigenous people have lived through, including assaults on the environment and enormous economic and social inequality.

As such, she sought out opportunities to teach indigenous communities in Canada and for the last six years has been a teacher in a fly-in Inuit village called Salluit, nestled in the Canadian Arctic. This is home to the second northernmost Inuit community in Quebec, with a population of just over 1,300 - it cannot be reached by road, only by air. In winter temperatures are minus 25C. Due to the harsh conditions, there are very high rates of teacher turnover which is a significant barrier to education in the Arctic. Many teachers leave their post midway through the year, and many apply for stress leave. Her current school has no Principal as he left after six weeks on stress leave.

There are tremendous gender issues in the Inuit region of Nunavik where teenage pregnancies are common, high levels of sexual abuse exist, and gender roles often burden young girls with large domestic duties. Also, in areas of high deprivation, isolation and limited resources, teenagers often turn to drinking and smoking, even drugs and self-harm, as forms of escape and release.

Maggie's whole approach has been about turning students from "problems" to "solutions" through initiatives such as "acts of kindness" which has dramatically improved school attendance. Specific examples include: running a community kitchen, attending suicide prevention training and hiking through national parks to understand environmental stewardship. In addition, her students, despite their own challenges, have fundraised over $37,000 for Diabetes Prevention. Maggie has also been a temporary foster parent in the community, including to some of her own students.