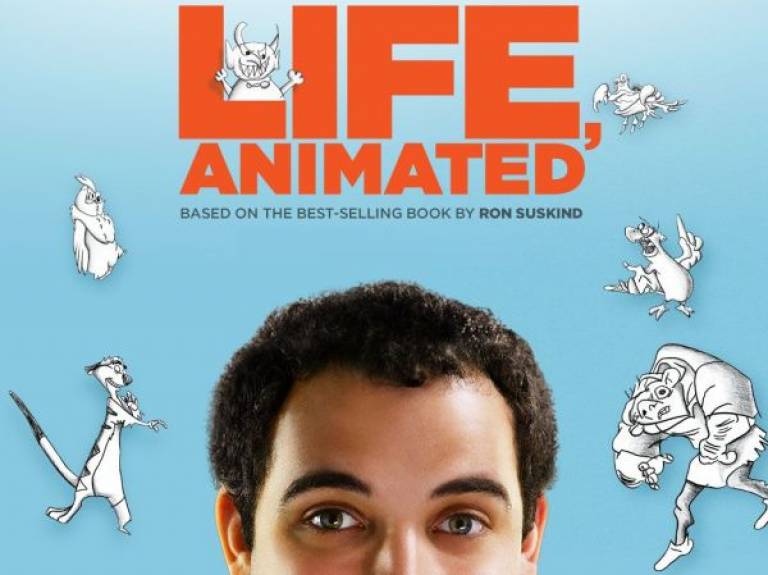 The Centre for Research in Autism Education (CRAE) invites you to a free film screening of this coming-of-age documentary by Academy Award winning filmmaker Roger Ross Williams, based on a book by Pulitzer Prize winning writer, and father, Ron Suskind.

In partnership with the British Film Institute (BFI), Dogwoof and This Way Up, Life, Animated tells the remarkable story of how Owen Suskind, a young boy on the autism spectrum, found in Disney animation a pathway to language and a framework for making sense of the world.

By interweaving scenes from Disney films and Owen's own life, the film explores how identification and empathy with classic Disney characters form a narrative for Owen to understand and communicate his feelings as he grows into an adult.

Liz Pellicano, Professor of Autism Education at UCL Institute of Education and Director of CRAE, will present the film screening. The film's Director Roger Ross Williams, and the Suskind family will join a post-panel discussion following the screening. There will be free popcorn too thanks to the generous support of Propercorn. The film will be released in UK cinemas on Friday 9 December 2016.

This event is free and open to all.