Primary children's journey at the 'bottom' of the class 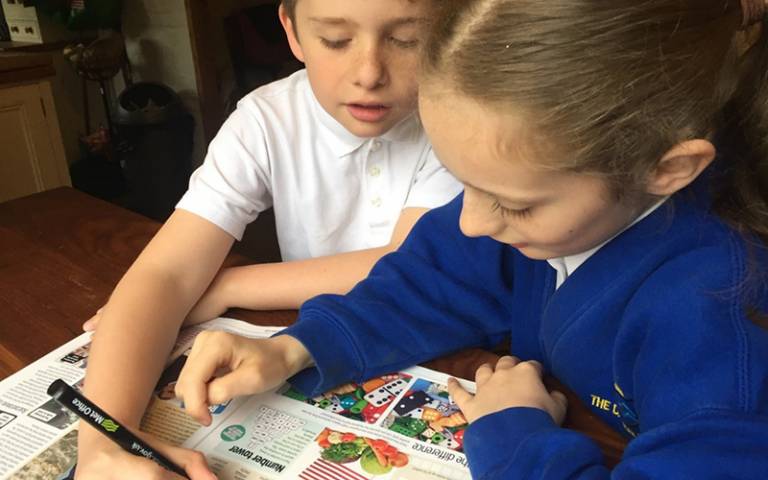 A study into how primary school pupils experience being members of the 'bottom ability' group, investigating links between personal and social flourishing and learning, and factors that influence their experiences.

Children are not often asked to voice their true opinions at school - especially not about school - despite findings that primary school pupils could voice valuable insights into their own classroom experiences.

For pupils in 'bottom' groups, ability grouping appears to have detrimental effects on their learning. Alongside decreased attainment, insights from pupils in these groups show that some express a sense of being treated as different, and less worthy, by their teachers. They may also perceive that other pupils look down on them, which undermines their confidence and can make them feel unhappy. Jack, a 9-year-old pupil, explained:

" I thought I was okay but it turned out I wasn't. I tried my hardest and now I just had to move down [to the 'lowest ability' group]. People have laughed at me every day for two weeks."

This project seeks to unravel the personal and social aspects of the pupil's experience, and to investigate the complexity of how they come about and subsequently impact pupils' learning.

'Ability' grouping was justified by the Labour government in the 1990s who claimed that grouping advanced pupils' 'motivation, social skills, independence' because students in ability groups became 'more engaged in their own learning' (DfES, 2005, p.58).

As a result, almost 80% of pupils are now 'ability'-grouped for most or all subjects. Yet for pupils in 'bottom' groups, ability grouping appears to have the opposite effects to those stated by government.

The concept of innate 'ability' has proved more complex than it was first portrayed: criteria for being labelled as 'low ability' sometimes appear to involve factors such as social class or language rather than attainment. Despite this, the commonly accepted view that 'ability' grouping is both necessary and normal still persists.

Some reasons for the negative effects of low 'ability' groups seem to originate in unsatisfactory teaching conditions in those groups. Relatedly, 'bottom' group pupils seem to experience reduced levels of motivation and aspiration; a poorer sense of belonging; and general feelings of unhappiness or anger. In addition, they make less progress than their peers according to national tests.

Aim of the project

Until now, research conducted on this issue only points to general trends. This project aims to improve the sophistication of our knowledge about how 'ability' grouping functions by drawing on the perspective of primary school pupils.

Through constructing a set of school-life histories, the project aims to investigate and challenge the accepted 'truths' that:

Extensive, regular interviews and classroom observations will detail individual pupils' experience over five years. A particular area of investigation will be into whether, and if so how, effects snowball across the five years.

312 observations and interviews will be conducted over 13 terms, culminating in the pupils' last term of Year 7 in secondary school. Each pupil's experiences will be monitored in English and mathematics, as well as in art and physical education (PE).

A short film and a monograph of school-life histories will highlight the findings at the end of five years.