On 23 June Charles Bell House showcased a cross-section of the potential uses of haptics in different disciplines developed as part of UKRI supported projects. 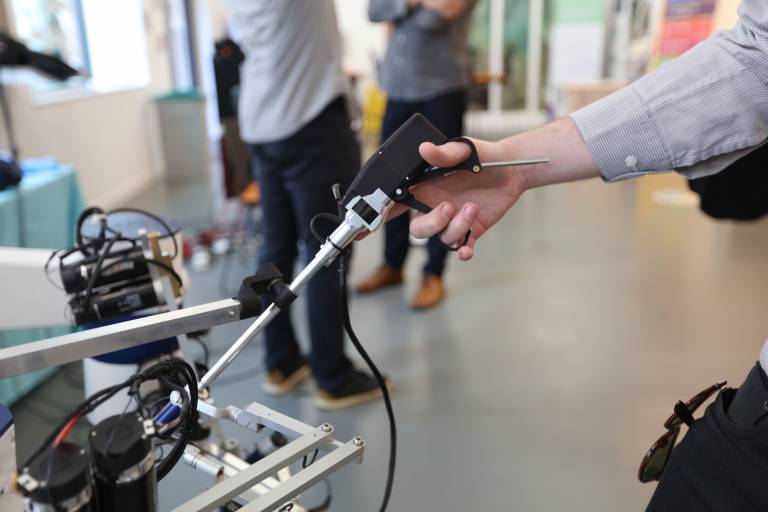 Haptics is the use of technology to simulate the senses of touch and motion, especially to reproduce in remote operation or computer simulation the sensations that would be felt by a user interacting directly with physical objects.

Represented at the event were UCL, University of West London, Open University, Sliced Bread Animation and Generic Robotics and the demonstrations ranged from applications in medical and surgical training to the use of haptics in music and audio production.

Representing WEISS, Rui Loureiro and members of his lab demonstrated 2-3 different haptic applications in medical imaging and surgical training. Technology such as VR surgical simulators are important in surgical training as haptic feedback can illustrate the exact pressures applied and movements of experienced surgeons, which can allow trainees to effectively learn without a trainer having to be physically present. 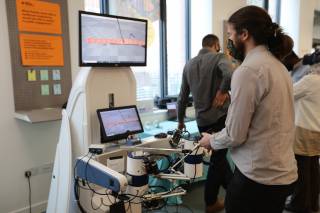 The University of West London demonstrated the novel use of haptics in music and audio production and collaborated with Generic Robotics to illustrate multi-finger, natural haptic interaction of dynamic objects. 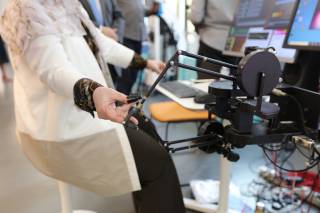 The Open University demonstrated how haptic interfaces can be used to facilitate line drawing for visually impaired artists. 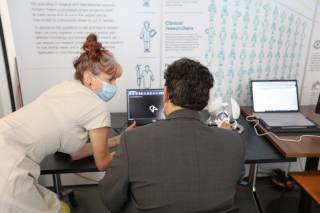 Sliced Bread Animations illustrated how haptic gloves can be used in immersive learning design and storytelling. 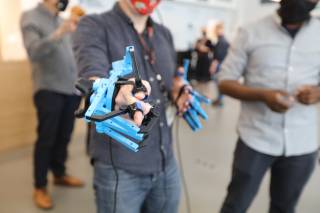 The event also included a world-first. Through a collaboration between UCL, UWL and Generic Robotics, it was possible to a demonstration of 'wide area haptics' - where people from two different locations around 10 miles apart were able to collaborate in real time on simulated tasks with haptics. 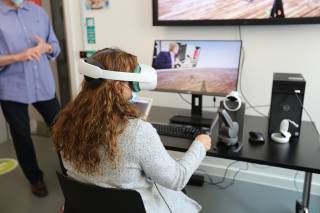 Technology has developed to the point where haptics is now a practical and useful tool, and with online and remote digital collaborations evolving rapidly it’s potential uses are dramatically expanding. Research, such as that represented at this showcase, will prove vital in the development and adoption of haptics on a widespread scale, and highlights the importance of continued collaborations in the further development of this technology.