Sandra Guardini T. Vasconcelos is Professor of English and Comparative Literature at the University of São Paulo. She did post-doctoral studies at the University of Cambridge (1993-94), at the University of Manchester (2008) and was Visiting Research Associate at the Centre for Brazilian Studies at the University of Oxford (2005). Over the past years, she has been carrying out research on the presence and circulation of eighteenth- and nineteenth-century British novels in nineteenth-century Brazil. She has edited several books, has published articles and chapters both in Brazil and abroad, and is the author of Puras Misturas. Estórias em Guimarães Rosa (1997), Dez Lições sobre o Romance Inglês do Século XVIII(2002), and A Formação do Romance Inglês: ensaios teóricos (2007), for which she got the 2008 Jabuti Prize for Literary Theory and Criticism. At present, she is the coordinator of the Laboratory for the Study of the Novel (LERo) and of the project “The Global Novel”, with researchers from the University of Surrey. She is curator of the João Guimarães Rosa Archive, at the Instituto de Estudos Brasileiros and holds a CNPq Research Productivity Grant (Grade 1A).

Title: 'The novel in crisis, the crisis of the novel: The Life and Opinions of Tristram Shandy and Memórias póstumas de Brás Cubas'

The main purpose of this project is a comparative reading of Laurence Sterne’s The Life and Opinions of Tristram Shandy (1760-1767) and Brazilian novelist Machado de Assis’s Memórias póstumas de Brás Cubas (1881) from the perspective of the crisis of the novel that I argue is crucial to their narrative structure. Distant in time and space, diverse in their novelistic project, Sterne and Machado challenged some of the foundations of the novel – above all, point of view, characterisation and plot – with far-reaching critical results. At one end, at the moment of the rise and consolidation of the novel in England, Sterne mobilised conventions still in the making in order to interrogate the possibilities and the limitations of the genre. At the other end, in the late nineteenth century and with the whole tradition of the genre behind him, Machado chooses the free form of Tristram Shandy to structure his turnaround novel.  He returns to the origins of the genre, thus suggesting a move meant to confront the exhaustion of paradigms and subgenres which no longer answered to the imperative of representing a state of crisis not only of narrative itself, but also the changes in the socio-historical context of his own present.
In The Posthumous Memoirs of Brás Cubas, the Brazilian subject matter finds a form which Brazilian critic Antonio Candido describes as “an apparent archaism”. That configures a paradox in itself since Machado will make use of non-realistic techniques to achieve a realistic representation of Brazilian society. Sterne’s whimsical, satirical, and experimental “method” must have seemed congenial to him. Why Machado would look to Sterne as a reference at the moment he takes a different novelistic route is, however, still open to investigation. It is my claim that the reasons and motivations for this choice involve Machado’s awareness of the need to represent literarily the experience of crisis which Brazilian society was faced with in the 1880s. Thus the move that leads him to resort to lines of force that, from the genre’s beginnings, had explored the possibilities of self-reflexivity, whimsicality, arbitrariness and wit. As a project that involves the theory of the novel, comparative literature and the relations between literature and society, the methodology will entail not only the close reading of both novels but also the study of the historical context that gave rise to them. My intention is to prepare a book manuscript as the result of my proposed research programme. 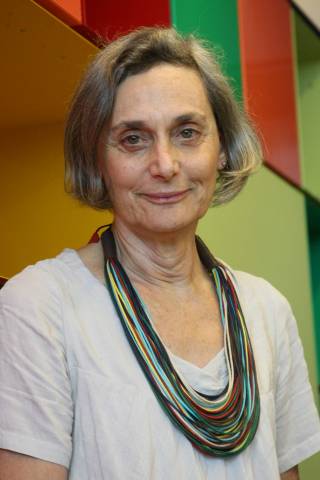