Manuel-Reyes García Hurtado has a BA in Geography and History from the University of Santiago de Compostela, where he also defended his PhD thesis (2000) for which he was awarded an extraordinary prize. He has also studied at the School for Advanced Studies in the Social Sciences, Paris (1996).

Currently a full Professor of Modern History at the University of Corunna, his research has focused on the Spanish army and navy in the eighteenth century from the perspective of cultural history, participating in and leading several research projects in this respect. Other lines of research that he has pursued include the history of books, naval history, war history, art and military thought, prisoners of war, and European history. During his career, he has held visiting research fellowships at the School for Advanced Studies in the Social Sciences (Paris) and the Institute for Modern and Contemporary History, Pantheon-Sorbonne University (Paris).

Professor García Hurtado's primary aim is to study the maritime relations between England and Spain in the eighteenth century and discover how these were expressed and their intensity. He is especially interested in the maritime contacts that were made, whether economic, cultural, political or military, in times of peace and war. This will allow him to inquire into the English authorities’ knowledge of the Spanish coast, as well as the impact that the construction of the arsenal at Ferrol and ports on the Cantabrian coast had on English foreign and defence policies, and also to explore the fluctuations in these contacts and in the development of trade caused by swings in politics and alliances, as regards both their volume and their models. The two central ideas here are the navy as an element of transformation and trade as a way of shaping cross-border relations.

This will contribute to overcoming the inertia that has determined that Spanish maritime history is one of the least developed in Europe, by not only using Spanish naval archives as sources (in which he has been working for many years now), but also by scrutinizing the coast comprising the Northern Maritime Department (delimited by the frontiers with Portugal and France) from the point of view of the English. This project is doubly innovative, since its intends to highlight a broad territory from a maritime perspective, while employing overlooked sources that can help to flesh out and understand Spanish naval policy in the eighteenth century.

During his visiting fellowship at the IAS, Professor García Hurtado's main task will be to examine different London archives in order to complete the research that he has already performed in Spain and France, with a view to writing a monograph on the eighteenth-century Spanish navy that includes the perspectives of its main ally (France) and foe (England); the latter a country that Spain envied and spied on and the former a country to which it was politically and operationally subordinated. In short, what is involved is a comparative European history project whose intention is to overcome reductionist national visions and the habitual and exclusionary recourse to feats of arms in order to delve into the real or false conception that each side had of the other (enemy or ally), which in the collective imaginary contributed to shape self-identity by contrasting it with that of the other. 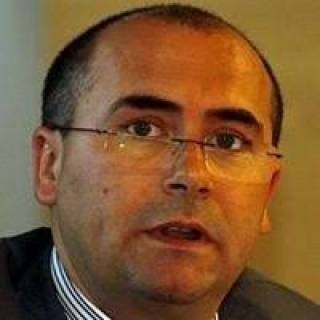