Professor Facchinetti supervises master’s and PhD theses on the twentieth-century history of science and health in Latin America, especially intellectual history, cultural history and the history of emotions within the history of Psy knowledge.

She is interested in the intellectual, cultural and social history of psychoanalysis, psychiatry and related disciplines from comparative and transcultural perspectives. She is now expanding her research to investigate the history of immigration, from the frame of reference of the history of trauma and emotions. Her research is intertwined with debates of the scientific networks she is part of, such as the Iberoamerican Network for the History of Psychiatry, the Iberoamerican Network of Researchers in the History of Psychology and the Network on Transcultural Histories of Psychotherapies.

With Professor Sonu Shamdasani, Professor Facchinetti has a project on transcultural histories of psychotherapies, through a memorandum of understanding between Fiocruz and UCL. Her current research is linked to that approach and focuses on the history of the circulation of psychoanalysis in artistic and literary vanguards and its impact on Brazilian psychiatric hospitals (1914-1953). She has already published several articles and book chapters on this and is currently writing a book on the subject.

The project's main objective is to expand transcultural studies on dialogues between Psy and aesthetic theories, and their appropriations in Brazil. To do so, she will investigate the use of the artistic manifestations of Brazilian National Psychiatric Hospital inpatients between 1920 and 1940 to establish diagnoses, theories and treatment.

More specifically, the research will explore how international psychiatric theories interpreted the artistic expression of lunatics in the late 19th and early 20th centuries. It will then investigate how Vanguard arts and literature understood madness. With both theories in hand, it proposes to analyse how observations from both areas create a broad repertoire of ideas that were appropriated in unequal and unexpected ways in both psychiatric and aesthetic practices in Brazil.  Lastly, it intends to demonstrate the impact of these ideas on diagnostics and psychotherapies, but also how they influenced the way artists painted and wrote (1914-1945).

To achieve these goals, the investigation will be based on historical documents that address the artistic manifestations of the mentally ill, whether by collection, description or diagnostic use, in order to understand the explanatory ‘frames’ for madness and the consequences of these representations, especially for the intimate relationship that was created between madness and arts, for social as well as psychiatric thought.

The main sources are the following:

Thus, the proposal is based on my central area of research — the history of Psy knowledge and (mental) healthcare — but it also moves beyond scientific, therapeutic and health assistance priorities to explore mental health in broader terms, bringing literary and aesthetic issues into the debate around what provokes the construction of subjectivities and the understanding of normality/abnormality and the creative process. 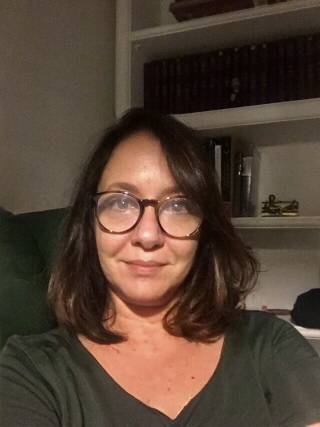