Durning-Lawrence Chair of History of Art

Tamar Garb's  research interests have focused on questions of gender and sexuality, the woman artist and the body in nineteenth and early twentieth century French art and she has published extensively in this field. Key publications include Sisters of the Brush: Women’s Artistic Culture in Late Nineteenth Century Paris (Yale University Press, 1994); Bodies of Modernity: Figure and Flesh in Fin de Siecle France, (Thames & Hudson, 1998) and The Painted Face, Portraits of Women in France 1814 -1914 (Yale University Press, 2007).  Her latest publication in this area is The Body in Time: Figures of Femininity in Late Nineteenth-Century France, (University of Washington Press, 2008).

She has also published on questions of race and representation and in 1995 she collaborated with Linda Nochlin on a volume of essays entitled The Jew in the Text; Modernity and the Construction of Identity (T&H). In 2010 she acted as External Exhibition consultant on Gauguin: Maker of Myth for the Tate and as Consultant Editor on the accompanying catalogue.

In addition, Tamar has written about contemporary artists including Nancy Spero, Christian Boltanski, Massimo Vitali and Mona Hatoum. In 2007 she curated an exhibition ‘Reisemalheurs’ situating the paintings of the New York based, South African artist, Vivienne Koorland in the Freud Museum, London.

Her interests have turned recently to post apartheid culture and art as well as the history of photographic practices in South Africa.  In 2008 she curated an exhibition on Landscape and Language in South African Art entitled Land Marks/Home Lands; Contemporary Art from South Africa at Haunch of Venison Gallery in London. In April 2011, her exhibition Figures and Fictions: Contemporary South African Photography opened at the Victoria & Albert Museum, London. For coverage of the show and films made on location in South Africa, see http://www.vam.ac.uk/channel/. The show was nominated for a Lucie award in Curating. See http://lucieawards.com/awards.html

Feminist politics in the context of global and international developments in theory and practice remain pressing concerns as do questions of gender and sexuality in historic and contemporary areas.

Tamar Garb has taught a range of undergraduate and postgraduate courses including:

Art and Its Institutions in France

The History of Portraiture in the Modern period

Feminist Theory and the Woman Artist

The Body in Representation

Race/Place: Exotic/Erotic: Difference and Desire in Modernist and Contemporary Art

Modernism: Subjectivity and the Body

To be updated
Doctorate, Doctor of Philosophy |

Tamar Garb is Durning Lawrence Professor in the History of Art. She graduated from the Michaelis School of Fine Art, University of Cape Town with a BA (Art)  1978. In 1980 she was awarded an MA in Art Education from the Institute of Education, University of London and in 1982 she graduated with a MA in Art History from the Courtauld Institute of Art. While working part time in secondary and further education, she completed her PhD at the Courtauld Institute which was awarded in 1991. She was appointed as Lecturer at the Courtauld in 1988 and at UCL in 1989 and was promoted to Reader in 1995 and Professor in 2001. 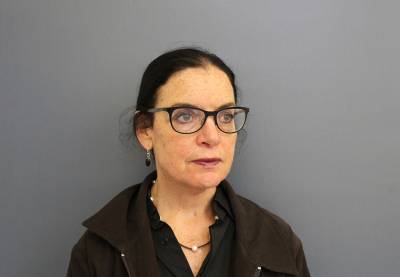