Phil Cohen played an active role in London's counter culture and squatting scene from 1965 to 1978. He subsequently became an urban ethnographer, and gained an international reputation for his research on issues of race, class and youth culture. His work has been translated into seven European languages and Japanese. He worked at the University of East London from 1980 to 2007, where he founded and directed the Centre for New Ethnicities Research and the London East Research Institute. He is now a professor emeritus at the University of East London and a research fellow of the Young Foundation.

For the past forty years he has been involved with working-class communities in East London documenting the impact of 'regeneration' on their livelihoods, lifestyles and life stories, culminating in a widely acclaimed study of the impact of the 2012 Olympics: From the Wrong Side of the Track (Lawrence and Wishart 2013). His most recent book is an edited collection London 2012 and the Post Olympic City (Palgrave 2017). Archive that, Comrade!: Left Legacies and the Counter Culture of Remembrance is out from PM Press Easter 2018. Material Dreams: Maps and Territories in the Un/Making of Modernity is forthcoming from Palgrave.

Currently he is research director of LivingMaps, a network of activists, artists and academics developing a creative and critical approach to social mapping and editor of its online journal Livingmaps Review.

In addition to his academic writing he is the author of Reading Room Only: Memoir of a Radical Bibliophile (Five Leaves 2013) and a collection of poetry and fiction Graphologies (Fives Leaves 2014). He is on the editorial advisory board of New Formations and writes regularly for Soundings. Website and blog: www.philcohenworks.com

Phil's proposed research at the Institute of Advanced Studies is related to the development of A Citizen's Atlas of London, an online multimedia platform in which a network of citizen mappers located in regeneration hot spots across London will be creating a  space of deliberation in which they will use a variety of mapping methods to explore and represent their visions of the city's past, present and future.

This is the flagship project of the Livingmaps Network of which Phil is currently  the research director. During the period of the Fellowship, he will be conducting a programme of participatory action research to pilot and  evaluate an innovative  mapping methodology with a range of community groups in East London. The research will address key issue of theory and practice at the intersection of critical cartography, cultural geography and urban studies, and will produce a prototype for the Atlas, as well as a toolkit of learning resources. This work feeds into a larger, longitudinal study of the cumulative impact of regeneration on communities in East London since  the 1970's.

The intellectual scaffolding for the Citizens Atlas project is provided by an ongoing series of public lectures exploring issues of metropolitan governance and popular democracy, which have been organised by Livingmaps in collaboration with UCL's Bartlett School of Architecture, Development Planning Unit and Urban Lab. In addition, a conference on Front Line Cartographies is currently being organised for  2018, bringing together community activists, planners, cartographers and geographers around an agenda of issues shaped by contemporary feminist, anti-racist and queer identity politics. 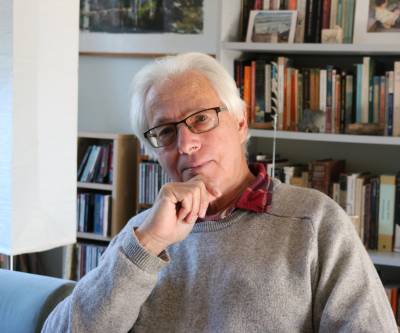