Keren Weitzberg received her PhD in history from Stanford University. She has conducted extensive archival research and oral histories in Kenya and the Kenyan/Somali borderlands and has lived, studied, and led study abroad programmes in countries in West, East, Southern and Northeast Africa. Owing to her use of diverse methodologies and her interest in the ways in which the past and present inform one another, her work sits at the intersection of the disciplines of history and anthropology.

Her specialisations include nationalism in Kenya and Somalia; the history of Muslim societies in East Africa; and the colonial and postcolonial history of Kenya (especially as it relates to the wider Indian Ocean world and the Horn of Africa). Her research addresses themes of borderlands; globalisation; race and ethnicity; alternative sovereignties; migration; pastoralism; diaspora; and Islam and non-secular thought.

Roles at UCL
Keren taught two undergraduate courses in the History Department: Race, Ethnicity, and the "Other" (advanced module, terms 1 and 2); and Africa, Decolonization, and Internationalism (thematic module, terms 1 and 2). In addition, she also contributed to the African Studies Centre and the Institute of Advanced Studies.

Research and Publications
Keren has published in the Journal of Northeast African Studies and The Journal of African History. Her first book, We Do Not Have Borders: Greater Somalia and the Predicaments of Belonging in Kenya, was published with Ohio University Press for the New African Histories series in August 2017. Keren is also a contributor to The Washington Post, Africa is a Country, and The Africa Collective.

We Do Not Have Borders asks: Who gets to claim indigenous status? Why did Somalis, who have long lived within the borders of the country, come to be thought of as only questionably indigenous to Kenya? Using oral histories, archival documents and other written records, We Do Not Have Borders shows how earlier forms of kinship, cosmopolitanism and nomadic life came to co-exist and compete with the modern territorial state. It also examines how Somali and northern Kenyan political thinkers envisioned diverse political futures, which were not always sovereign, territorial or secular in scope. Challenging the scholarly focus on ethno-nationalism, this book provides unique inroads into debates over globalisation, African sovereignty, the resurgence of religion and the multiple meanings of being African. It also explores the interrelationship between border crossing, reactionary nativism and hatred of the internal stranger.

Keren's next project, tentatively entitled Identity Crisis: A History of ID Cards, Passports, and Biometric Registration in Kenya, will examine the history of Kenyan identification and population registration from 1915 until 2015. It will also trace the pathways between Kenya and the wider Anglo-imperial world, revealing the global nature of many localised struggles over identity documents, fingerprinting and registration. 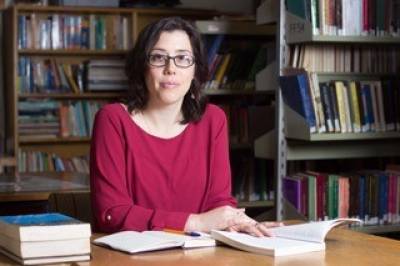