George Orwell (Eric Blair, 1903-1950) believed in the moral power of language and understood the dangers of its corruption. The Orwell Foundation aims to use Orwell’s work to celebrate honest writing and reporting, uncover hidden lives and confront uncomfortable truths – and, in doing so, to promote his values of integrity, decency and fidelity to truth. A registered charity (number 1161563), the Foundation is dedicated to the advancement of public education through free public events, debates and lectures, written content, and free online resources.

Whether through the prestigious Orwell Prizes, awarded each year to the books and journalism which best meet Orwell’s ambition ‘to make political writing into an art’, or the growing number of activities which take place under its auspices – from events, lectures and dramatised live-readings, to the Orwell Fellowship of writers and journalists – we hope to connect with the many different constituencies to whom Orwell and his writings are a source of inspiration, from policy-makers and politicians to students and school children, and to offer a platform for debate and discussion designed to appeal to the widest possible public audience.

The Orwell Foundation is delighted to be under the same roof as the UNESCO-registered Orwell Archive, also held at UCL, in the very institution in which Orwell passed away, in January 1950, with Nineteen Eighty-Four having been published just months before.

The original Orwell Prize was founded in 1993 by Professor Sir Bernard Crick. Crick also founded the Orwell Lecture, which was first held in 1989.  Today, these activities and many more have come together under The Orwell Foundation, which is based at the Institute of Advanced Studies. The Orwell Lecture is held each autumn at UCL, while UCL English appoint a judge to the panel of the Orwell Prize for Political Fiction, sponsored by Orwell’s son Richard Blair and his literary agents A. M. Heath. 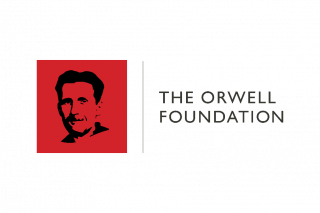