Mataio is an artist, poet, musician and activist from Portsmouth, Hampshire. He graduated with First Class Honours from a BA in Fine Art at the Slade School of Fine Art in 2020. Born in 1996 to a Guyanese mother and an English father, Austin Dean’s practice is often centred around an interrogation of Marxism as a tool for emancipatory praxis. His work is concerned with the relationship between printmaking and orality, with works often consisting of etchings and other printed matter, along with singing, writing, reciting and speaking. Austin Dean is interested in these forms as having actant potentialities for liberation which can be embodied and actualised.

Austin Dean’s past works, such as The Jumbee Sugar Cane and the Cutty Wren, 2020, have sought to spread knowledge of often unknown acts of anti-colonial, anti-slavery rebellion in Guyana; re-embodying them in order to imagine revolutionary decolonial, anti-capitalist futures. These works use performance, folksong and printmaking to co-author, with audiences, a sensuous, intertemporal revolutionary knowledge. A gnostic, performative space is demarcated with etchings and other printed matter, and performances are instrumentalised to engender a collective re-imagining of often purposefully hidden revolutionary Guyanese histories.

Other works, which have taken the form of diagrams, use historical and economic data to illustrate the ways in which Britain’s architectural, academic, economic, financial, agricultural and other critical infrastructures are intrinsically tied, through documented investment, to the history of colonialism and slavery. This research is intended to engender concrete knowledge of the trans-Atlantic blackness and non-whiteness which is an invisibilised part of the very landscape of Britain: embedded therein by the hidden labour of enslaved or colonised peoples. Wilkins: Colonial Structures, 2020 involved an examination of the imperialistic architecture of William Wilkins. It demonstrated, among other things, the ways in which UCL’s initial building costs were partially funded by colonial or slave trade wealth. 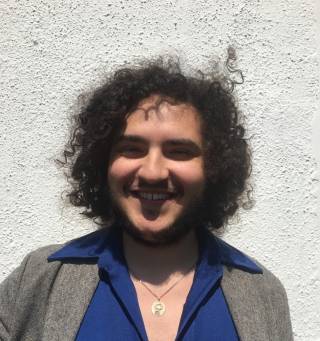