HYBRID IAS Book Launch: 'Some Would Call This Living: An Anthology' 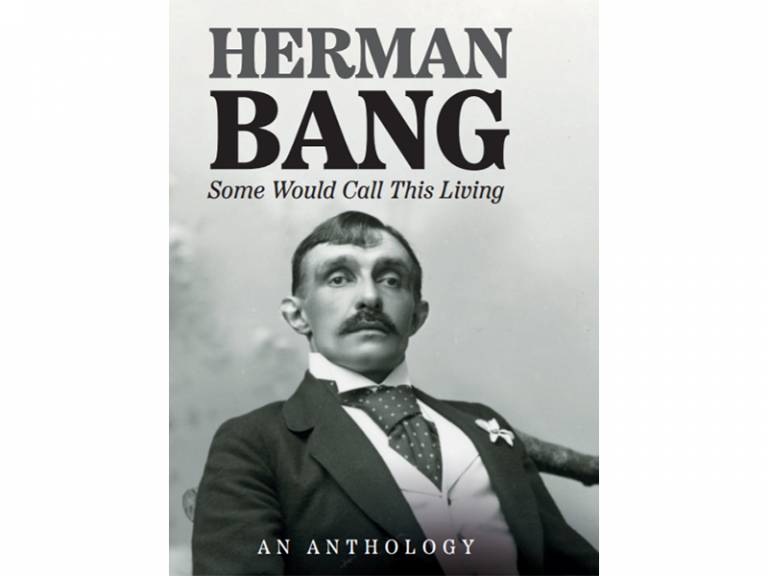 Join us for this launch event with the expert in Nordic literature Paul Binding and a panel discussion with Charlotte Barslund, Paul Russell Garrett and Prof Janet Garton (a founder and director of Norvik Press and Emeritus Professor at UEA).

The Danish author Herman Bang (1857–1912) was well known throughout Europe in his lifetime, especially in Germany, but had little impact in the English-speaking world, partly no doubt because of his homosexuality, for which he was hounded across Europe. This anthology of his writings in English translation is an attempt to remedy this lack by introducing a broad selection of his short stories and journalism to a new public. In the texts included in this volume, Bang reveals himself as a sharp-witted observer of the society and manners of his age, mercilessly puncturing hypocrisy and arrogance, while invoking indignant sympathy for the outcasts and failures of a ruthlessly competitive world.

This launch event will kick off with an introduction to Herman Bang and the anthology by author, critic and expert in Nordic literature Paul Binding. This will be followed by a panel discussion focusing in particular on the experience of reading and translating Bang's work. As part of our panel discussion, we would like to invite the translators Charlotte Barslund, Paul Russell Garrett and Prof Janet Garton (a founder and director of Norvik Press and Emeritus Professor at UEA) to share their experiences.