The Radical in Translation: French Revolutionary Texts and Agents in Italy, 1796-1815 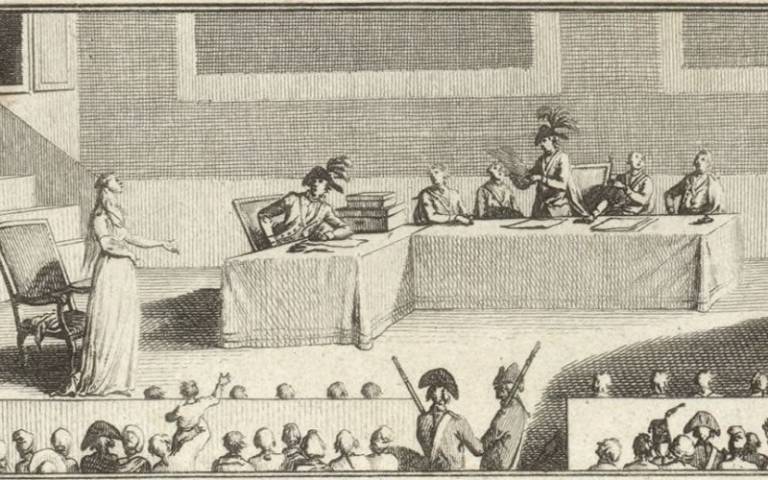 Rosa Mucignat (KCL) will examine a particular form of cross-national engagement: the transmission of radical political language and texts in translation during the revolutionary period.

The centrality and pervasiveness of translation in the eighteenth century has long been recognised. Recent efforts to reconfigure national paradigms have lent new relevance to the transnational dimension of eighteenth-century culture, from the spread of the novel to the increasing role of European vernaculars in the circulation of enlightened thought.

This paper will examine a particular form of cross-national engagement: the transmission of radical political language and texts in translation during the revolutionary period. It will feature research conducted by the team of the AHRC-funded project ‘Radical Translations: The Transfer of Revolutionary Culture between Britain, France and Italy (1789-1815)’, which has unearthed ca. 1000 translations of texts seeking to extend ideas of equality and rights to new publics across linguistic, social, and geographical borders. The project’s database (available at www.radicaltranslations.org) also includes information about over 300 translators.

The presentations will give an account of the project's double focus on people and texts, focusing specifically on the interactions between French writers and activists and the culture and politics of the Italian peninsula during the republican triennio (1796-99) and the Napoleonic period.The paper will present a selection of case studies as well as more exploratory attempts at large-scale analysis using network sketches and other kinds of data visualization displays produced in collaboration with King’s Digital Lab.