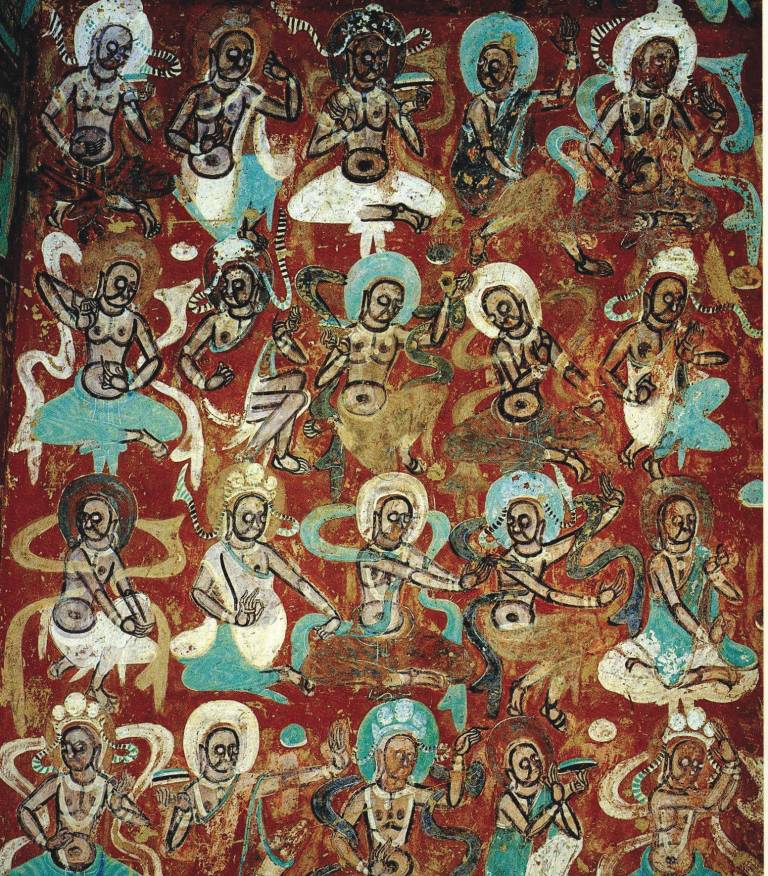 Taking Alchemy, Medicine, and Religion as the subject of conversations which will range from Chinese Arts of the Bedchamber, Indian and Tibetan Tantric Yoga, to Jung’s experiences with the Golden Elixir, we will explore the richly illustrated, gendered history of the esoteric alchemical body. Until the late twentieth century this was a male history, written by men for the benefits of men. Yet its texts and illustrations depict the female body evoking the volatile temperaments of Sakti and Khandroma or the calm authority of the instructress Sunü (the Plain Girl); its legacy in the late twentieth and twenty-first century is largely associated with the agency of women and their everyday health and empowerment through the modern forms of diet, yoga, Qigong, martial arts and meditation, as they follow the medicinal and vegetarian foodways of the Asian culinary traditions. In an alchemical combination of Fine Art and Academic History, we will configure a radical feminist vision, re-humouring the alchemist's search for dominion over mortality as a search for, and celebration of, the ephemeral experiences of women, seeking power in everyday pleasures.

Dr Chila Kumari Burman is an alumna of the Slade and has been a key figure in Black British Art since the 1980s. She has an honorary doctorate from the University of the Arts. Working across printmaking, painting, collage, film and photography, her work over four decades has been at the intersection of feminism, race and representation as activism and artwork. Her  most highly acclaimed recent  project transformed the front of Tate Britain into a celebration of joy, light , humour and neon Technicolor,  .”Remembering a Brave New World”  combined Hindu mythology, Bollywood imagery, colonial history and personal memories.

Sonu Shamdasani is Professor in Jung History in the School of European Languages, Culture and Society (German). He is a historian of psychology and psychiatry, and his research follows two intersecting lines: reconstructing the formation of modern psychological disciplines and therapeutics from the mid-nineteenth century onwards, and reconstructing the formation of the work of Jung, based on primary archival materials.

Vivienne Lo 羅維前 is Professor of Chinese History at University College London. She has published widely on the ancient and medieval history of medicine in China and in diaspora. Her research interests include medical manuscripts, medical imagery and the history of nutrition.