VIRTUAL IAS Festival Memory, Identity and Nationalism: Is there a crisis of regional organisations? 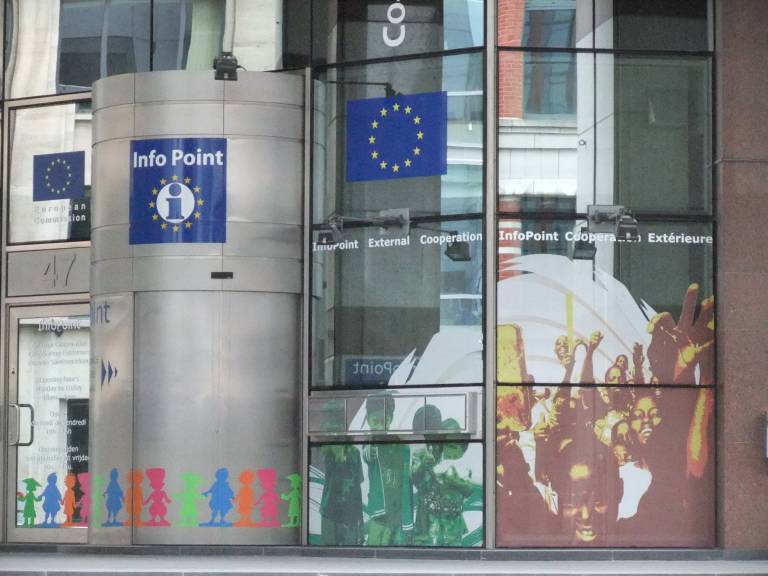 In the last few years, regional organisations have seemed to be under threat. After Brexit in particular, there was much talk of a crisis of the European Union, not only because one member left the Community, but also because of the return of the right-wing nationalism that Brexit seemed to represent. On the other hand, worldwide new free trade organisations, such as the Regional Comprehensive Economic Partnership (RCEP), are on the rise. Also, older regional organisations, such as the Organization of African Unity, have been transformed into new organisations (in this case, the African Union) in order to revive the earlier spirit of co-operation and conflict resolution. Nonetheless, all of these organisations have their own issues with memory-political battlefields and landmines, for example divergent memories of the Second World War and the rituals and memorial sites connected to it, as between China, Korea and Japan, or border conflicts in the South of China and other regions that are connected to ‘righting historical wrongs’.

The panel will discuss this broader debate with a specific focus: if regional integration and globalisation have strengthened an urge for national identity and nationalism, then conversely, do the unsolved tensions in specific nationalisms and identity constructions undermine the post-Second World War liberal projects of regional and global integration? The panel will, therefore, look at the identity constructions and memorial projects of the European Union as a whole, but also in the different member states. This discussion will be broadened to encompass comparisons with other regional organisations and different minefields of memorial cultures.

Anne Bruch is currently a postdoctoral research fellow at the Alcide De Gasperi Research Centre – Historical Archives of the European Union in Florence. Previously she worked at the Jean Monnet Chair for European Integration History and European Studies at the University of Hamburg. There, she was team member of the DFG project "Advertising Europe. The Medial Construction of European Identity via Official Information Films" which examined the task of ‘making Europeans’ by films released between 1948 and 1973. She also held a research position at the Georg Eckert Institute –Leibniz Institute for International Textbook Research Braunschweig, where she co-ordinated the DFG project "Educational Films in the Interwar Period – Germany, France, and Italy in Comparison". Bruch studied Modern History, Social and Economic History, Political Science and Italian Studies at the Universities of Hamburg, Florence and Oxford. She has recently submitted her doctoral thesis, which investigates the historical and political concepts of Italian federalists during the Risorgimento, 1796–1870.

Andreas Weiß is a postdoctoral research assistant at the Helmut Schmidt University, Hamburg. After studying Modern and Contemporary History, Sociology and History of Southeast Asia at Humboldt University Berlin and the Universidad de Cantabria, Spain, he obtained his PhD from Humboldt University Berlin (published in 2016 with Schöningh). In 2016-17, he was Joint Junior Research Fellow of the IAS, UCL, and the German Historical Institute London. His current research focuses on concepts of a multipolar world order during the Cold War, especially the co-operation between the European Communities and ASEAN. Among his publications is a co-edited special issue on ‘Communicating European Integration: A Historical Perspective’ (with Manuel Müller and Tobias Reckling in the Journal of Contemporary European Research Volume 10, No. 1 (2014)); his latest publication is ‘Auf der Suche nach dem Süden: Die Europäischen Gemeinschaften und ihr Blick nach Süden in den 1970er und 1980er Jahren’, in: Dinkel, Jürgen; Fiebrig, Steffen; Reichherzer, Frank (ed.): Nord/Süd. Perspektiven auf eine globale Konstellation. Berlin: De Gruyter Oldenbourg, 2020, pp. 65–84.