IAS Lies: Insurgency in the Archives - The politics and aesthetics of sedition in colonial India 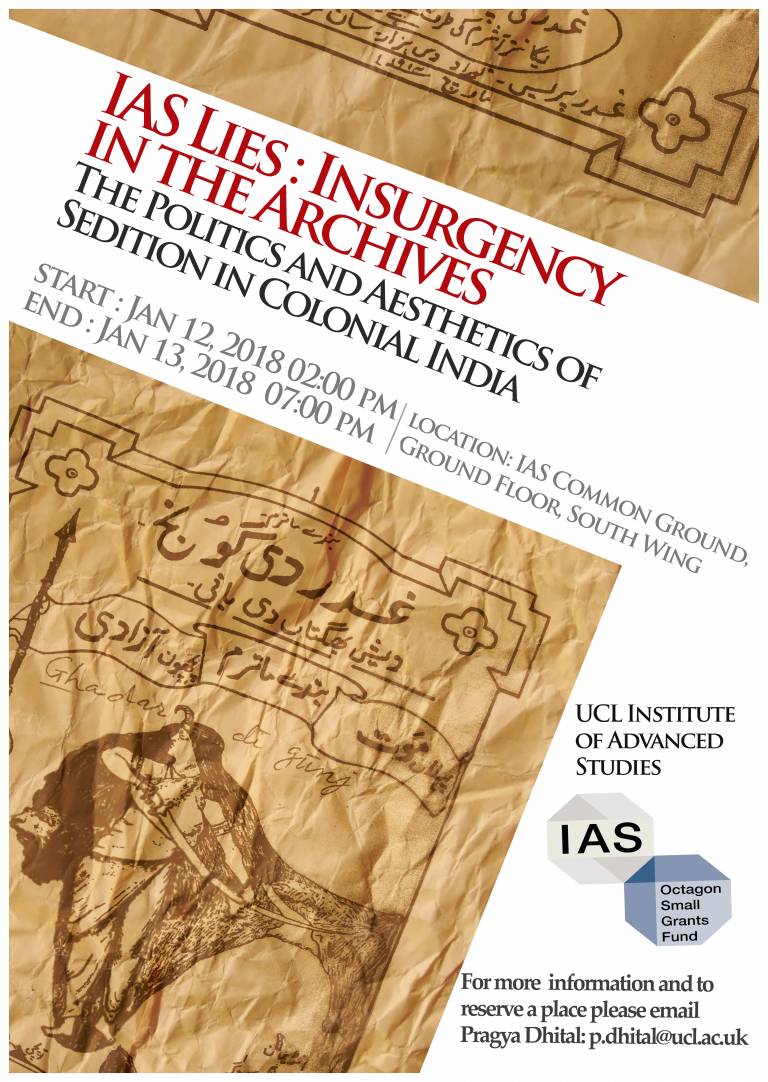 This workshop will explore new transnational and multi-sensorial approaches to studying sedition, with special focus on publications banned for seditious intent in colonial India: nationalist texts intended for a mass audience during a period of low literacy levels, which were often multimedia in format (meant to be sung, orated or seen).

Partially funded by the Institute of Advanced Studies as part of its 2017-18 research theme of Lies, it will discuss the limits of state attempts to control communication with reference to an archive of censored literature created by the Government of India from 1907-1947. The proscribed publications collection, now held by the National Archives of India and the British Library, is one of the largest archives of primary sources relating to any twentieth-century decolonisation movement. The period during which these works were collected also covers two world wars, revolts and autonomy movements across the world, and texts both registered these events and circulated across transcontinental underground networks.

The 1898 Code of Criminal Procedure had defined 'seditious material' as that likely to incite 'disaffection' towards the Government of India or 'class hatred' between India's different communities, thus setting the two main grounds for proscription. The banned texts, on the other hand, repeatedly refer to the Gandhian concept of satyagraha (truth-force). In presenting truth and facts in order to give lie to the paternalism of colonial rule, they often go beyond the bounds of propriety. The proscribed publications are also an archive of violence: full of graphic depictions of famine and war, police brutality, and exhortations to suffer and inflict violent death. Through its excesses such work seeks a visceral response in an audience, which may have been illiterate but would have been literacy aware and familiar with a wide range of speech genres and aesthetic forms.

The workshop will involve an interdisciplinary collaboration between the UCL History of Art Department and anthropologists, historians, political scientists, and literary scholars based in other institutions in Britain and internationally. It will feature a performance by Nilofar Akmut, and conclude with revolutionary songs and poetry by Amrita Pritam and Kazi Nazrul Islam, performed by Saida Tani (left) and Dave Kukadia (right). 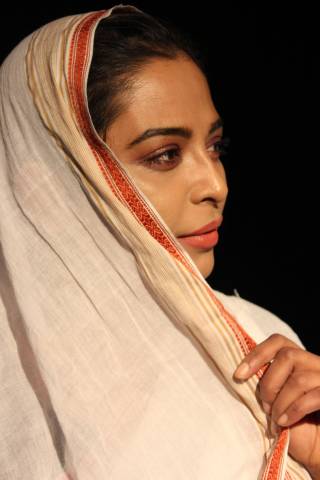 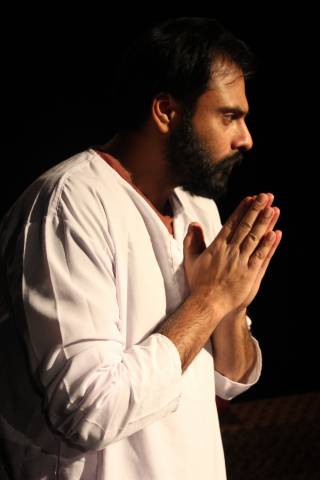 The workshop programme can be downloaded here.

Thanks to the support of the IAS and Octagon funds, admission is free and refreshments are provided, but spaces are limited. To reserve a place please email Pragya Dhital: p.dhital@ucl.ac.uk

Poster: Designed by Aratrika Choudhury and incorporating Ghadar di Gunj ("Echoes of Mutiny"), a Panjabi poetry pamphlet published by Indian revolutionaries based in San Francisco in 1914.