'Reperforming Images' - from sources to resources 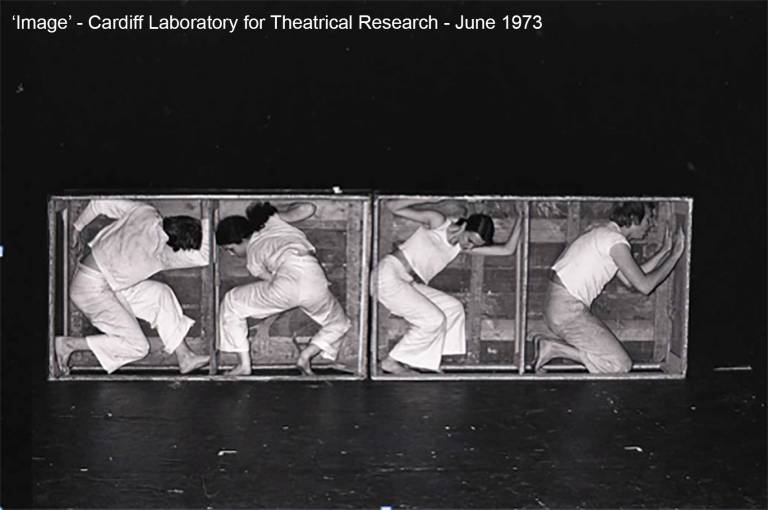 We are pleased to share an invitation to this conference on 'Reperforming Images' which has been co-convened by Clare Foster and Freddie Rokem. This conference has been co-funded by the Institute of Advanced Studies.  We are surrounded by recurring images - both accidental and deliberate, collective and personal. Who wants to reproduce, revive, or re-enact, and why? What does it mean philosophically to represent, or frame? What is the role of the image in cultural memory? Icons have been discussed as a kind of collective capital, a means to perform social identity; but how do these processes change in a global networked digital environment, where recognisability is closely related to power?

This one day symposium aims to bring together different disciplinary approaches to these questions, in the process asking about the role of framing and staging, collective capacities to recognise, and the performance of the past. It highlights two things with which every cultural repetition is engages: time (the present) and knowledge (who has it, and who doesn't); and wonders how a digital environment is changing our view of viewing.

The "Re-" network of which this conference is a part asks what else is being performed other than the 'work' itself: values such as status, commemoration, continuity, authority, participation, commitment, identity, nation. What, in fact, is a thing which exists in reciprocity with its own notoriety? Where are its boundaries located? Who policies them, when, and why? How are tradition, fashion, and virality similar, and different? What different kinds of canonicity exist? We hope specifically to shed light on the mutually influential relationship between cultural activity and the discourses which surround it - in educational institutions, galleries and museums, and the media.

This interdisciplinary gathering reflects a growing need to view culture as rooted not in individual encounters between unitary objects and subjects, but in sets of tensions, reciprocities, and relations. For we all practice, act, and respond, now, in an intermedial, networked, search-driven environment, one which, as Rebecca Schneider recently said, '[requires] different approaches to the interval between performative iterations in contemporary reperformance works, from 5000 BC  to [2017] CE.' If everything is reducible to equivalent digits and zeros, it is how we invest ourselves in them that counts.

William St. Clair, FBA, FRSL, Senior Research Fellow, School of Advanced Study (http://en.wikipedia.org/wiki/William_St_Clair) Looking at the Acropolis From Modern Times to Antiquity (2014), senior policy adviser on heritage and intellectual property, with extensive publications on cultural appropriation, imperialism, the Romantic period, and the history of the book.

Maya Zack, filmmaker and artist, showing and discussing "Counterlight" 2016, an immersive audio-visual experience which represents traces of the poet, Paul Celan, in which a female archive researcher listens to extracts from original recordings by the poet and changes from an archivist into an alchemist. She dissects in an almost surgical manner the archival materials - photographs, maps, documents and poems - that enable her to reconstruct and resurrect the past and intervene in it till the boundaries between reality and documentation, past and  present are blurred (http://www.maya-zack.com/). Followed by an interview with the artist by Freddie Rokem.

Short papers and discursive panels, with:

Jean Boase-Beier, Professor of Literature and Translation, UEA. Translating the Poetry of the Holocaust (2015), A Critical Introduction to Translation Studies (2011) https://eastanglia.academia.edu/JeanBoaseBeier

Aline Guillermet, Junior Research Fellow in Visual Studies, King's College, Cambridge, and co-convenor of the Cambridge Digital Cultures Research Group. She has been a Critical Studies Fellow at the Whitney Museum Independent Study Program (2012-13) and a Teaching Fellow at the University of Essex (2015-16). http://www.digitalhumanities.cam.ac.uk/directory/agg28@cam.ac.uk http://www.digitalhumanities.cam.ac.uk/news/digculturesrg

Dr John Manton, History of Science/Sociology, on Traces of the Future: an archaeology of medical science in Africa, 2017 and its currently touring exhibition http://www.bowarts.org/nunnery/traces-of-the-future http://www.lshtm.ac.uk/aboutus/people/manton.john

Mischa Twitchin, is a British Academy Post-doctoral Fellow at the Drama Dept., Queen Mary, University of London:http://www.sed.qmul.ac.uk/staff/twitchinm.html. His book The Theatre of Death: The Uncanny in Mimesis is published by Palgrave Macmillan (in the Performance Philosophy series). Besides his academic work, he also makes essay- and performance-films, examples of which can be seen on Vimeo:http://vimeo.com/user13124826/videos.