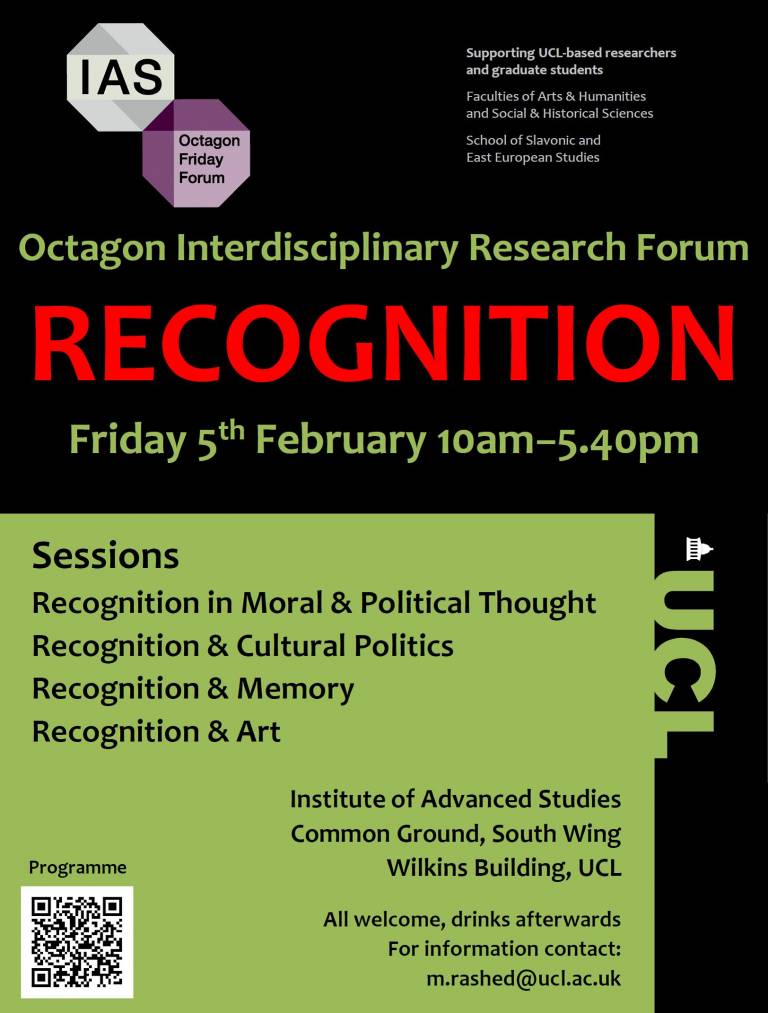 The Institute of Advanced Studies is proud to host the Octagon Friday Forum.  'Recognition' is a rich concept that has several meanings. In everyday use it refers to the identification of objects and persons as entities known to oneself. Here, recognition involves moving from a state of ignorance to one of knowledge as to the nature of an entity. It is also used to signal awareness that a particular state of affairs is of a certain kind; to recognise, for example, that one's actions were morally wrong. In another usage, recognition refers to acknowledgment of the existence or legality of something, such as an event or a nation state.

In a related usage, recognition, as it arises in the phrase 'the politics of recognition', refers to a mutual attitude towards others by which we acknowledge and honour their status. In this final meaning, the concept of recognition has been developed into a moral and political theory, and employed to understand and justify many contemporary struggles for identity and rights, including gay rights, the rights of ethnic minorities, and disability rights.

This conference aims to explore the concept of recognition from an interdisciplinary perspective. Topics to be considered include: