Stefano Bellin has completed his PhD in Comparative Literature at University College London (UCL) in October 2019. He is currently an hourly-paid lecturer in the Department of Classics at King’s College London, where he teaches an undergraduate course in Ancient Philosophy. Stefano also works at UCL, where he teaches postgraduate courses in literature and philosophy as well as a summer course on Homer and Comparative Literature. Stefano studied Philosophy (BA, MA) at the University of Padua (Italy) and at the Autonomous University of Barcelona. After working in the Exhibitions Department of the Museum of Contemporary Art in Barcelona (MACBA), he completed a second MA – in Contemporary Art Theory – at Goldsmiths University. He has published articles on several subjects, including Primo Levi, Kafka, Deleuze, Human-Animal Studies and the Palestinian-Israeli conflict. For more information please see https://stefanobellin.academia.edu/

Summary of the work he will be carrying out at the IAS
At the IAS, Stefano will mainly work on the publication of his first book, currently entitled The Shame of Being Human: A Philosophical Reading of Primo Levi. The book explores the significance of the shame of being human through a mutually elucidating dialogue between the writings of the Italian Holocaust survivor and writer Primo Levi (1919-1987) and a range of 20th and 21st century thinkers, including Hannah Arendt, Jacques Derrida, Michel Foucault, Roberto Esposito, Massimo Cacciari and Judith Butler. It argues that shame assumes an ontological dimension in Levi’s writings which questions what it means to be human. By analysing the tensions and counternarratives that permeate Levi’s texts, The Shame of Being Human shows that Levi prompts us to see the human not as something that we definitively know, but as something that we do, that we practise in our concrete, daily interaction with other living beings. Building on this idea of the human, the book explores the meaning of the shame of being human and some of the ethical-political questions raised by Levi’s work. The book focuses on the relations between shame and evil, power and survival, and the different practices, techniques and discourses through which human beings are made subjects, arguing that political evil – the evil that arises from specific relations and networks of power – is the prime elicitor of the shame of being human. The shame of being human emerges precisely when the practice of the human is ignored, negated or radically overturned by ourselves or by ‘significant others’, i.e., human beings who we recognise as humans, with whom – as members of the human community – we identify, and whom we expect to exemplify and live up to the ideal that the practice of the human configures.

The aim of The Shame of Being Human is to study how and when shame concerns not trivial character traits or events but our very identity as human beings. The book defines the shame of being human as the subject’s painful experience of her or other people’s (whom she considers as peers) condition as reflecting their incapacity to meet, even minimally, the standards that she associates with the idea of the ‘human’. Since this idea is both socially and individually constructed, the experience of such incapacity shakes the roots of our own identity, sense of self and moral values. This highlights the intrapersonal and interpersonal character of the shame of being human, as well as its ethical-political significance. 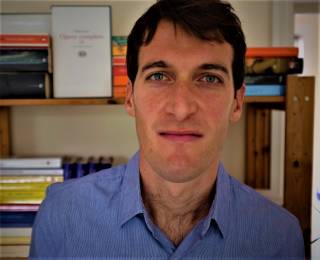