Dr Max Haiven is Canada Research Chair in Culture, Media and Social Justice at Lakehead University in Anishinaabe territories on the North shore of Lake Superior, Turtle Island (Thunder Bay, Canada). He is co-director of the ReImagining Value Action Lab, a workshop for the radical imagination, social justice and decolonization. His most recent book is Art After Money, Money After Art: Creative Strategies Against Financialization (Pluto 2018) and his next book, Revenge Capitalism: The Ghosts of Empire, the Demons of Capital, and the Settling of Unpayable Debts will be published by Pluto in April 2020.

In keeping with the IAS's 2019/2020 theme waste, Dr Haiven's research will focus on the question of how racial capitalism depends on the creation of "surplus populations" through a study of the industrial production and uses of palm oil. He will also be continuing his ongoing collaborative research into the connections between financialization and the "anxiety epidemic" in Canadian and British universities. 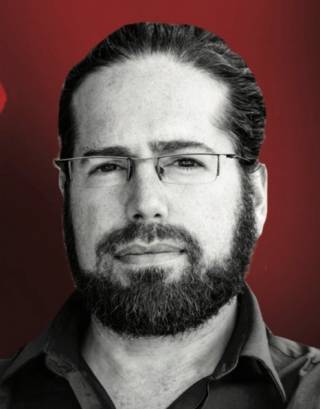