Dr Clive Nwonka is Associate Professor in Film, Culture and Society at the IAS, and a Faculty Associate of the UCL Sarah Parker Remond Centre for the Study of Racism and Racialisation.

Nwonka’s research centres on the study of Black British and African American film, with a particular focus on the images of Black urbanity and the modes through which Black identities are shaped by representations of social environments, architecture, social anxieties and the hegemony of neoliberalism within forms of Black popular culture. In addition, he has published extensively on racial inequality in the creative industries and ‘diversity’ policy frameworks that are equally born from broader political discourses on race, racism and cultural difference. Thus, Nwonka’s research is interdisciplinary and spans across Film Studies, literature, Cultural Studies, Black Studies and Sociology.

Nwonka is the co-editor of the book Black Film/British Cinema II, the second iteration of the landmark 1988 ICA Document 7, and is the author of the forthcoming book Black Boys: The Aesthetics of British Urban Film (2023), the first dedicated study of the textual, contextual and institutional logics that underpin the formation of Black urban identities in film texts. Nwonka is also co-author of the book Race and Racism in the Creative Industries (Routledge, 2023). At UCL, Nwonka teaches on the Film Studies MA programme, the Race, Ethnicity and Postcolonial Studies MA and on the Issues in Modern Culture MA in the Department of English Language & Literature.

Prior to joining UCL in 2021 Nwonka was a Lecturer in Film and Literature in the Department of English and Related Literature at the University of York, and spent three years at the London School of Economics and Political Science, where he was an LSE Fellow in Film Studies within the Department of Sociology. During the 2019/20 academic year Nwonka was a Visiting Researcher at the African American and African Diasporic Studies Department at Columbia University and has held visiting researcher positions at Yale University, UCL, and LSE’s Phelan United States Centre. He is is currently a Senior Visiting Fellow within LSE International Inequalities Institute.

Nwonka is the Principal Investigator on the Arts and Humanities Research Council funded project The Colour of Diversity: A Longitudinal Analysis of the BFI Diversity Standards Data and Racial Inequality in the UK Film Industry (2021-2024), a major study of the continued crisis of race and racism in the UK film sector and the efficacy of cultural diversity policy. The three-year study, totalling nearly £1 million, is the largest ever study of racial inequality in the UK film industry and combines textual analysis and the examination of policy data alongside ethnographic research throughout the UK on the ways in which Britain’s Black and ethnic minority communities experience British film culture. Nwonka is also researching the historical relationship between Arsenal Football Club and Black British identity through visual culture, in collaboration with Arsenal and Barbican.

Beyond academia, Nwonka has curated a number of public events on the issues of cinematic Blackness, race and racism with the ICA, the BFI and Tate Modern, has written for the Guardian, Sight and Sound, The Big Issue, Ceasefire Magazine and Red Pepper, and has appeared on CNN International, BBC’s Front Row, 5Live and ITV News. In addition, his research has been featured in a number of publications including Variety, The Guardian, The Hollywood Reporter and the New York Times. 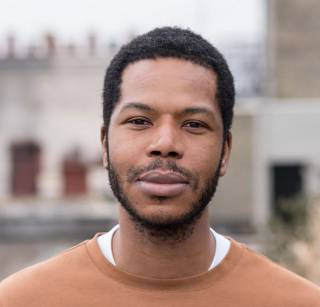