Claire Launchbury’s research concentrates on the intersection of memory, language, resistance and the archive in post-war Lebanon. She has directed special issues on post-war Lebanon in Contemporary French and Francophone Studies with Nayla Tamraz and on the Middle Eastern francosphère in Francosphères. With Charles Forsdick, she is editor of Transnational French Studies, forthcoming with Liverpool University Press and a collection of essays on the Trans-Mediterrean, Urban Bridges, Global Capital(s): Trans-Mediterranean Francosphères co-edited with Megan MacDonald was published by Liverpool in 2021. Her second monograph, Beirut and the Urban Memory Machine, will be published with Amsterdam University Press and a short book on Beirut Soundscapes is being co-authored with Diana Abbani. She volunteered with a charity involved with support after the Grenfell fire in 2017 and subsequently undertook training in Refugee Care at the University of Essex and the Tavistock and Portman NHS Trust. She is also a journalist with bylines in Le Monde diplomatique.

At the IAS, Claire focused on a specific case study, one of three which constituted the larger research project she worked on. This was informed by her engagement with the Lancaster West estate community, Grenfell and its aftermath since the fire on 14 June 2017, and built upon her article published in Wasafiri (2021) and training she undertook at the Tavistock Centre in Refugee Care. Here, she looked to to assess the narratives and cultural production written and composed in response to the disaster and the bridgework that is undertaken in representations made by writer-activists, who Rob Nixon compellingly describes as ‘highly motivated translators’ (Nixon 2011). Bridgework here is understood from the atrocity to recovery in a therapeutic move, and not as one of cultural ventriloquism. While the Inquiry continued, as did the call for accountability and justice, Claire's project here was to investigate the modes of commemoration and continued visibility that representation provides as means of adversity-activated development (Papadopoulos 2007). This therapeutic objective informed her readings of texts by Roger Robinson, Jay Barnard, Lowkey and Potent Whisper and others, and the work being put in place to create community archives. These archives, which as in parallel with work she undertook on post-civil war memory in Lebanon, rely on grassroots collection of ephemera, of media traces and testimony. Bringing together potential collaboration between UMAM (Beirut), Trudy Peterson of the International Council of Archives Section on Human Rights, this case study understood Grenfell to be, as El-Enany outlines, ‘perhaps the most extreme instance in which people with geographical or ancestral histories of colonisation have been unable to escape their condition of coloniality in contemporary Britain’ (2019). In this way, the multilayered palimpsestic atrocity of Grenfell can be read alongside the New Cross Massacre, the murder of Kelso Cochrane as deeply embedded racialised violence but also, critically, at the intersection of race and class in contemporary Britain. 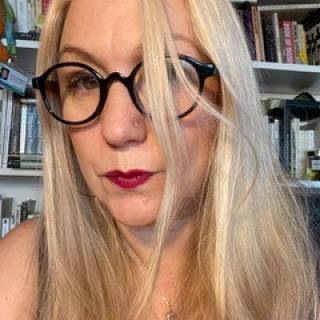