Opinion: Scientists should dare to draw out their work’s policy implications

Covid’s creation of an environment in which lessons can be debated will improve public understanding, says Infection & Immunity researcher, Deenan Pillay. 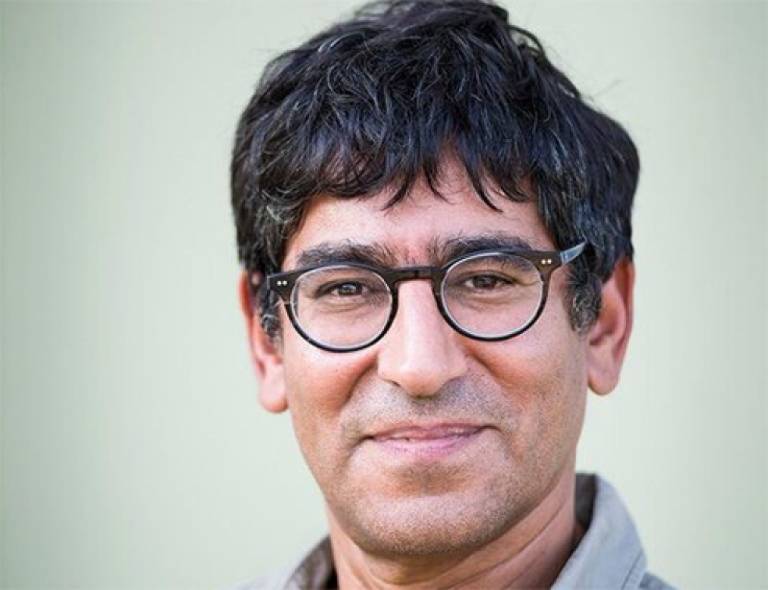 It seems a lifetime since the politician Michael Gove famously said in relation to Brexit that the British people “have had enough of experts”. In the context of Covid, by contrast, it seems as if we cannot get enough of them. There is a seemingly endless thirst for people able to dissect the statistical and biological aspects of the virus, and many have become household names.

Consequently, whole swathes of the population now have an appreciation of the hitherto minority interests of PCR, lateral flow tests, virus variants and new vaccine technologies. Epidemiological concepts such as exponential growth, case fatality rates and asymptomatic infection are also increasingly understood. Government minsters, in the main scientifically illiterate, are also having to quickly come up to speed with such science speak.

Since Covid has impacted all our lives – lockdown, social distancing, home schooling, testing, vaccines and so forth – it is not surprising that we all want some understanding of the science. But we also want to know how that science determines the political decision-making that affects us all so much.

This is where things have got a little complicated for scientific experts. Some are happy to speak and write about their subject area within a familiar academic setting, but reluctant to engage more widely about the implications of that expertise. Indeed, the government itself issues frequent reminders to science advisors to adopt such an approach, and it distinguishes between advice provided by scientists through its Scientific Advisory Group for Emergencies (Sage) and the subsequent implementation of policy by civil servants and ministers. A number of NHS trusts, as well as Public Health England, have imposed formal constraints on their own employees’ ability to speak to the press on Covid.

By contrast, we argue that science communication increasingly requires active engagement of science experts with the implications of their science for policy, politics and people’s lives. For instance, what do the realities of vaccine development entail for global access and cost? How can we best organise and structure a public health service to implement a test and trace programme? How should the risk of new variants be mitigated through control of infection spread, such as in schools? These are all essential questions to which scientists can contribute answers.

Providing those answers has been the modus operandi of Independent Sage, set up in May 2020 with the purpose of providing independent and transparent advice based on the latest science, and engaging with the public through weekly press and public briefings. With each session attracting between 1,200 and 1,500 live viewers on YouTube, a further 300 or so on Twitter and 10-20,000 on catch-up, the public demand for such communication is clear. Many other scientists are also undertaking similar engagement.

Of course, this broader policy interpretation of science is a contested area, and acrimonious arguments between scientists in one camp or other are increasingly common on social media. For instance, a laissez-faire approach to Covid control based on a naive view of herd immunity is pushed by those behind the Great Barrington Declaration, funded by the libertarian American Institute for Economic Affairs, (based in Great Barrington, Massachusetts). Their meeting with Boris Johnson and Rishi Sunak last September was reported to be behind the decision not to implement a circuit breaker at that time, a delay that opponents estimate to have cost 20,000 additional UK deaths.

Is there a risk that an increasing politicisation of science leads to a devaluation of the legitimacy of scientists? If we look to Trump’s US, it is certainly the case that some scientists had to suffer virulent public attacks for speaking out against the president’s irrational Covid thoughts, and some found it difficult to defend themselves in such a toxic environment. The science of global warming is another example of extreme political contention. Rather than viewing this as a risk, however, we would argue that the lesson from this period in history is that scientists should be willing to speak truth to power and express themselves clearly to the public.

What does this mean for the future? We must not lose the momentum achieved to date. A more transparent environment in which scientific findings can be scrutinised and debated will ultimately lead to better public understanding, and associated benefits for us all. First, we encourage new initiatives to introduce science to the public. Indeed, one of us (DK) has recently established the Climate Crisis Advisory Group, modelled on Independent Sage, to address this most urgent and profound challenge.

Secondly, universities, research institutes and learned societies should more actively encourage their academics to engage with the public and media. Excellent existing initiatives such as the Science Media Centre are very good at getting scientific findings and expertise into news coverage, but academics should be incentivised to undertake their own policy engagement initiatives, and not shy away from challenging government where needed.

Finally, a wholesale review of the structures, oversight and governance of government scientific advice in the UK is needed. We must regain the priorities of independence, trust, transparency and freedom to speak directly to the public.

This article first appeared in Times Higher Education on 13 September 2021.