A new BBC One documentary sees a UCL academic eating ultra-processed food for one month, to highlight the harm it causes the body and brain. 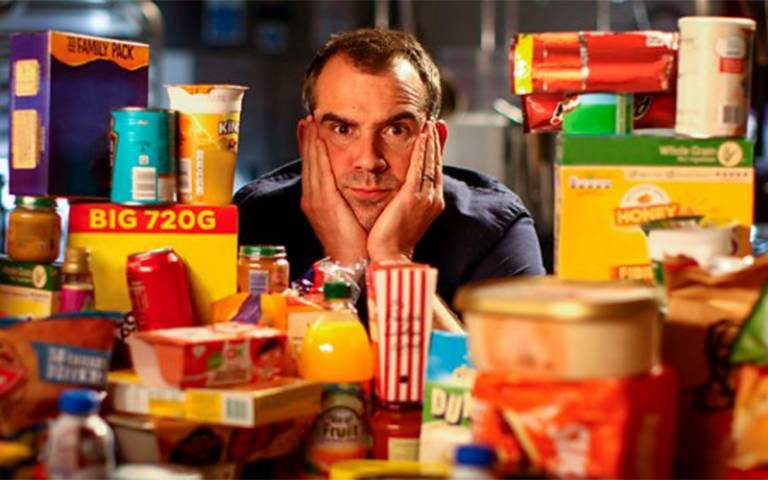 The documentary, airing Thursday 27 May on BBC One, asks several questions. Is ultra-processed food (UPF) causing obesity in children and could it even be addictive? Across the world childhood obesity rates have risen tenfold in 50 years. In the UK, 21% of children are living with obesity when they leave primary school – the highest it’s ever been. Despite decades of trying, why are we unable to tackle this problem?

Over the past 40 years, UPF has become entrenched in UK diets and it now accounts for the majority of our calories – in children it accounts for 64% of their diets and in adolescents it is 67%. UPF is cheap, convenient, and yet scientists know little about it. Many experts think we’re eating far too much and when eaten in high proportion it’s linked to obesity. France and Canada have recommended limiting UPF consumption.

There are no clinical studies showing the effect on children’s bodies, so Dr van Tulleken underwent a gruelling experiment in which he altered his diet to 80% UPF over four weeks. The experiment was overseen by Professor Batterham at her research lab. She looked at his brain using state-of-the-art brain scanning (MRI) at the beginning of the experiment and then at the end.

Professor Batterham weighed and assessed Dr van Tulleken’s body composition at the start and took baseline fasted bloods (to measure hormones that control eating and to look at markers of inflammation). She also measured his appetite scores before and after a test meal of 500 kcal and took another blood sample to see how his body responded to the test meal. He also had a brain scan at the beginning and at the end of the experiment, on day 28.

Professor Batterham said: “Hormones made in the gut play a key role in regulating appetite and body weight. The UPF diet changed these hormones so Chris felt hungrier and therefore ate more and gained weight. After four weeks of UPF diet Chris’ brain connection changed. This could be due to the UPF diet itself or the altered hormones. These changes are likely to have increased his desire to eat more UPF food and also altered his mood.

“This study involved only Chris but another study undertaken in the USA showed similar effects on gut hormones. We need further research to understand the real impact of UPFs.”

Professor Batterham says this is worrying because UPF is very common in the diets of children and may be contributing to the obesity epidemic. “We already know that there is a strong link between consumption of UPFs and the risk of heart disease of having a stroke and of dying. UPF foods are usually cheaper and we know that people eat the food that they can afford to eat. Several countries (but not the UK) have brought in measures to reduce the consumption of UPFs. For example, Chile have banned advertisements of UPF to children under the age of 14.”