The limits of European integration in Eastern Europe 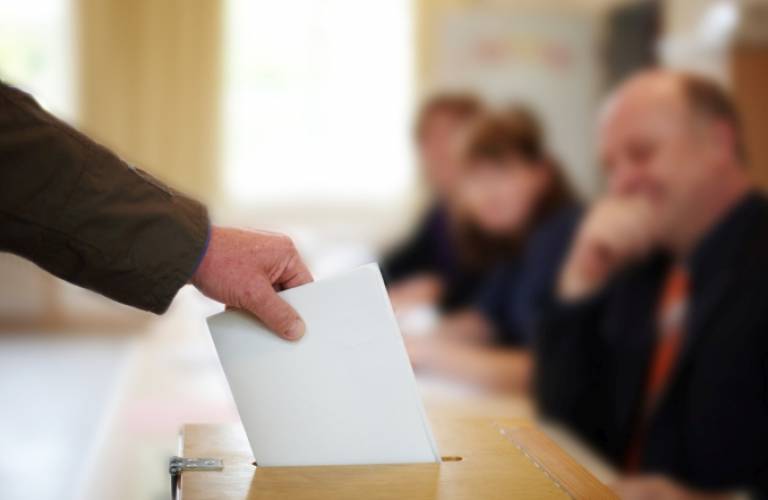 Following Dr Andrew Wilson's recommendations based on his research, the EU sent a successful high-level policy advisory mission to Moldova, combined incentives and sanctions for Belarus, and pursued a free trade agreement with Ukraine, while the OECD planned its election monitoring in Ukraine based on his advice.

After the fall of the Soviet Union, Europe has grappled with the problem of how best to develop relations with its eastern neighbours and how to navigate the process of supporting meaningful reform in former Communist countries.
Dr Wilson (UCL School of Slavonic & East European Studies) has provided vital input to this debate regarding relations with several countries of the former Soviet Union, including Moldova, Belarus and, before the disastrous aftermath of its 2014 revolution, Ukraine.

Dr Wilson's 2005 book, Virtual Politics, analysed the sophisticated tools used by post-Soviet political technology in constructing a façade of democracy hiding corruption and a lack of genuine reform. From this, he showed that Europe's policy of 'enlargement-lite' lacked the power to truly transform Eastern Europe and the South Caucasus, and in a policy paper co-written at the European Council on Foreign Relations (ECFR), argued that the EU needed to rethink this approach. His studies of Ukraine showed two possibilities: one of popular unrest and collapse, and the other of ongoing resistance to change. He also published a similar study of Belarus.

This research has had significant impacts on how Europe deals with its eastern frontier. His policy paper for the ECFR appeared at a time when the EU's relations with Moldova were at an all-time low. Dr Wilson, with his collaborator Nicu Popescu, argued that the EU should improve relations through soft approaches, such sending policy advisors to support the development of democratic institutions. Wilson advocated this approach at high-level policy conferences throughout Europe.

As a result, when the EU's Eastern Partnership policy was upgraded in 2011, it included the conditional approach ('more for more') advocated by Dr Wilson. The recommendation to send policy advisors was also adopted: in 2010, an EU High Level Policy Advice Mission was constituted with a team of 15 international experts. Since then, this team has helped make Moldova one of the EU's 'star' collaborators. By 2012, Moldova ranked first in the Eastern Partnership Index for the liberal reforms encouraged by the EU and was the only one to buck a trend towards increasing authoritarianism. The mission has since been renewed and is now due to run till June 2015.

In Belarus, shortly after a rigged election in 2010 and an aggressive crackdown, Dr Wilson argued that the EU needed to raise the stakes for both Belarus and Russia through a mixture of targeted and 'smart' isolation, selective sanctions and engagement. As a direct result, this carrot and stick approach was adopted in the form of selective sanctions against Belarusian officials and support for civil society, including tripling financial support, in 2011.

Even before the recent turmoil in Ukraine, the EU has had a long and complicated history of building relations with this country. With a population of 45 million, Ukraine is the largest country in the Eastern Partnership and the EU is one of its most important trade partners. Yet relations long remained at an impasse because of concerns about the selective persecution of regime opponents and increasing authoritarianism and corruption. In 2011 these held up negotiations on the EU's Deep and Comprehensive Free Trade Area agreement, which aimed to bring sectors of the Ukrainian economy in alignment with EU standards. Following Dr Wilson's advice, the EU elected to take a 'sign and sanction' approach to keep the DCFTA alive and allow Ukraine time to implement the recommended policies.

The following year, Dr Wilson's research on the political technologies used to create 'fake democracy' in post-Soviet contexts informed the approach of OECD election monitors in Ukraine. Instead of the traditional approach of looking only at due process and clean counting on election day, the Election Observer Mission in the 2012 parliamentary elections was constituted as an embedded mission. Its report recommendations led to the start of an electoral reform process in Ukraine, and included elements drawn from Dr Wilson's research including requirements on reporting the origin and use of election funds before election day, and provisions to reduce bias in media coverage and privileges of government candidates.