Research led by UCL with local communities and policy makers has forged partnerships with authorities in Somaliland and Sierra Leone to co-produce fairer approaches to policymaking and governance. 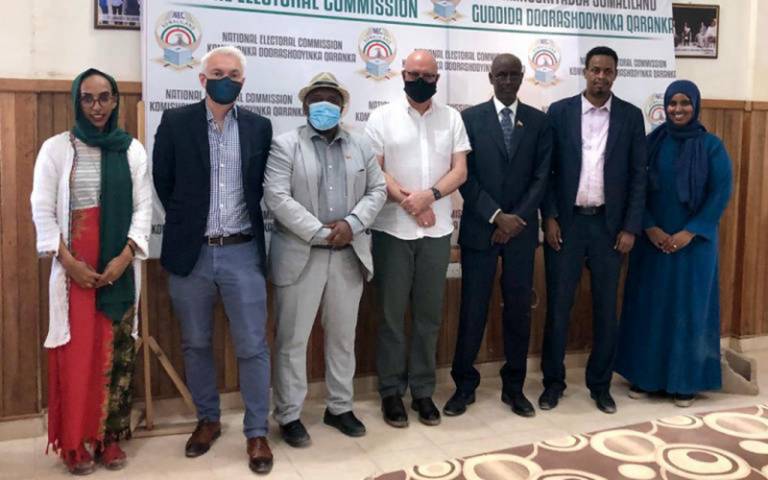 Professor Michael Walls (DPU) has undertaken prolonged research into the political economy of Somaliland over many years. The project ‘Political Settlement in Somaliland: a gendered perspective’, conducted in collaboration with non-governmental international development organisation Progressio, examined the relationship between political systems and gender, showing that while the clan-based justice system in Somaliland supports peace effectively in many ways, it is manifestly unjust in cases of sexual violence and limits female inclusion in politics.

In 2017, that research resulted in an invitation from the UK’s Department for International Development (DFID) to collaborate with Social Development Direct (SDD), a leading provider of expert social development assistance and research services, to explore the potential for women’s leadership across the wider Somali Horn of Africa.

The collaboration deepened SDD’s portfolio of evidence on women’s political empowerment (WPE) in fragile and conflict-affected settings, giving them sufficient evidence to influence DFID to add WPE to its strategic vision on gender equality. In Somaliland the research has inspired public debate on women’s political leadership, raising awareness of the issue for more informed decision making.

Drawing on data collected by 60 researchers from 27 countries, co-authored research analysed both the 2017 and 2021 Somaliland elections. The subsequent reports recommended steps to strengthen electoral systems, including recommendations to bolster legal bodies to supervise campaigns and elections, improve civic education and training, and create a more transparent electoral process.

The research has also helped DFID and the EU’s External Action Service to better understand electoral politics and clan dynamics in Somaliland.

The Sierra Leone Urban Research Centre (SLURC) was established in 2015 as a collaboration between UCL and Njala University, with DPU staff including Dr Andrea Rigon, Dr Alex Frediani and Professor Walls playing key roles in that process from the start.

The centre is based in Freetown, the capital of Sierra Leone, and aims to generate capacity building and action research, with a particular focus on the country’s many informal settlements.

Providing training and support, SLURC has had direct impact on those living in informal settlements, who have been empowered to advocate for better design practices in national policy.

This has helped informal settlements become recognised in the National Land Policy of the country’s New National Development Plan and the Mayor’s Freetown Transformation Plan (2018–2022) and has raised the voices of local organisations.

With substantial input from Professor Adriana Allen and Dr Rita Lambert (DPU) working with other local and international partners, SLURC’s partnership with the Centre of Dialogue of Human Settlement and Poverty Alleviation (CODOHSAPA), helped CODOHSAPA to engage in community-led research.

This empowered the organisation and informed the community about how to influence their own political futures.

Collaborative research led by The Bartlett Development Planning Unit (DPU) with local communities and policy makers into political institutions has forged partnerships with authorities in Somaliland and Sierra Leone to co-produce fairer approaches to policymaking and governance. This has helped authorities to create locally-relevant policies to improve equality and reduce climate risk and conflict.