Uncovering of the neurobiology of laughter

Professor Sophie Scott’s research has helped millions of people better understand and appreciate the use of laughter in our social interactions and is bringing neuroscience to audiences worldwide. 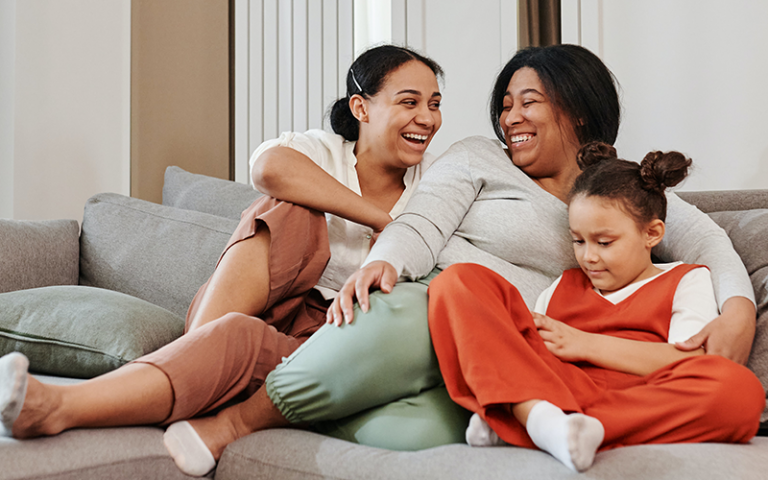 Laughter is fundamental to humanity, but how and why we laugh is poorly understood. Until recently, laughter was considered alongside neurobiological research into humour and comedy, but not as a topic for scientific study in its own right. Professor Sophie Scott's research at UCL has contributed to a new public perception of laughter as a crucial part of human cognition, communication and mental health.

Professor Scott’s research looks at expressions of emotion, including laughter, and uses functional neuroimaging and experimental and cross-cultural approaches to understand their underlying neurobiological mechanisms.

Professor Scott’s work was the first to show a difference in brain responses to involuntary, spontaneous laughter and more communicative, controlled laughter. It also demonstrated that adding laughter to jokes makes them seem funnier and the spontaneity of the laughter also has an impact.

As part of the research process, Professor Scott trained as a stand-up comedian through the Bright Club initiative. Through this, she explored laughter in a performance context and studied the social nature of comedy, the way performers organise laughter, and the role laughter plays in the relationship between comedian and audience.

Bringing science and comedy to new and varied audiences

Professor Scott has used an extensive range of engagement activities, training and public talks to explain her core idea that laughter’s evolutionary purpose is to convert social stress into pleasurable alignment. Her public engagement work has opened up discussions about humour, language, communication, brain systems, voices, mental health and evolution with new and varied audiences.

Her TED talk ‘Why We Laugh’ has been viewed over four million times and her work has encouraged a change in thinking about and appreciation of laughter by producers, performers and audiences of comedy. In January 2020, Scott gave a lecture on ‘Why is laughter contagious?’ to world leaders and senior policymakers at the World Economic Forum in Davos.

The stress and difficulty of life under lockdown has led to an increased interest in the importance of laughter as a social tool and its role in relieving stress. Professor Scott appeared in a variety of broadcasts to discuss her research on laughter in the context of COVID-19, including the BBC’s emergency COVID programming (HealthCheck UK in April 2020, and the Talks at Google Happiness Festival in July 2020).

Professor Scott has used her own stand-up performances and collaborations with comedians and comedy writers and producers to inform the work of comedy professionals and help audiences to better understand and appreciate the comedy experience. Scott and her research have featured widely in the media, including on TV (the One Show, QI and Jimmy Carr’s The Science of Laughter), podcasts (including Russell Brand’s Under the Skin) and live at the Edinburgh Fringe Festival.

Comedian and broadcaster Jimmy Carr commented: “Laughter is the glue that holds families, tribes and societies together. Sophie Scott’s work is though provoking, rigorous and brilliant. She’s not only finding answers, she’s asking questions that reveal so much about our minds and our humanity.”

Raising cultural awareness and understanding of the neurobiology of laughter

Laughter is fundamental to humanity, but how and why we laugh is poorly understood. Professor Sophie Scott’s research at UCL has helped millions of people to better understand and appreciate the use of laughter in our social interactions and is bringing neuroscience to life for audiences worldwide.