Professors Jenny Parkes and Elaine Unterhalter of IOE, UCL’s Faculty of Education and Society, have transformed how gender equality is understood and evaluated, helping to secure over £800 million. 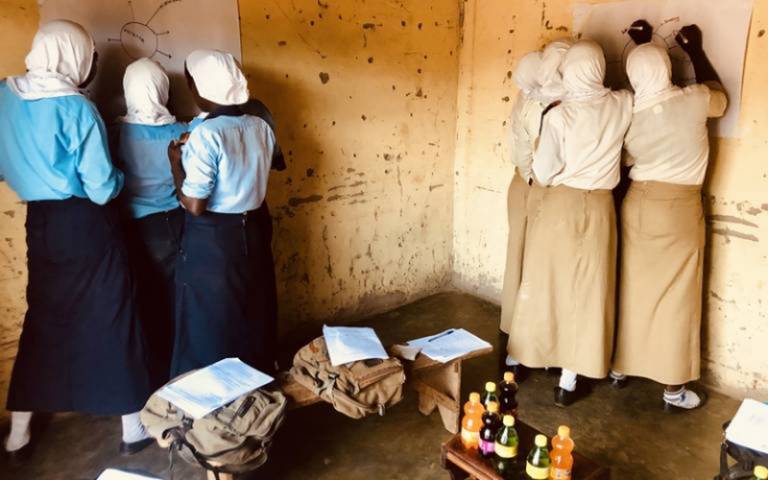 Considerable research and policy is dedicated to getting girls into school, but much less attention has been paid to understanding the complex, intersecting inequalities which affect different groups of girls in schools and beyond, and can leave some at higher risk of marginalisation, discrimination and violence.

Professor Jenny Parkes and Professor Elaine Unterhalter have worked to understand and map out this complexity, collaborating with key partners to produce and collect the evidence needed to drive change.

The ‘End Gender Violence in Schools’ project in Zambia, Ethiopia, Côte d’Ivoire and Togo, led by Professor Parkes, found that responses to school-related gender-based violence (SRGBV) were often patchy and inadequate, with political, conceptual, and resourcing issues influencing their effectiveness.

In response, they developed a new ‘whole school’ framework, which stresses the importance of families, communities, services and policy in reducing SRGBV.

Informed by the recommendations, the Ethiopian government is revising their Code of Conduct to Prevent SRGBV and has been training teachers and improving coordination between services. These improvements are being rolled out across the country, benefitting over 23 million children.

Making schools safer for all

Professor Parkes also co-leads the ‘Contexts of Violence in Adolescence Cohort’ study (COVAC), a longitudinal study of violence through childhood, adolescence and early adulthood. In collaboration with the London School of Hygiene and Tropical Medicine, this study follows up on the ‘Good Schools Study’, which evaluated whether the ‘Good School Toolkit’, developed by Ugandan NGO, Raising Voices, helped reduce teacher-pupil violence in schools.

The researchers found that the toolkit reduced SRGBV by 42 per cent over 18 months and improved children’s sense of well-being and connection to schools. These findings inspired inter-organisational working which improved the safety of around 750,000 children in over 1,000 schools in Uganda.

Professor Unterhalter led the ‘Accountability for gender equality in education’ (AGEE) study to create a ‘dashboard’ of indicators for monitoring gender equality in education. Working with statisticians, governments and women’s rights activists in Malawi and South Africa to assess and improve the dashboard, the team found that multi-faceted inequalities outside of schools can affect those within them, and there is a need for inter-organisational collaboration to promote equalities in schools.

This research has helped bring together key organisations to change policy and practice. For example, the dashboard was introduced into the G7-endorsed Gender at the Centre Initiative and is now used across eight partner countries in Africa.

Professor Unterhalter’s research has helped to refine UNGEI’s work on Gender-Responsive Education Sector Planning, which influenced officials in over 27 countries to formulate plans to eliminate discrimination in education.

Together this work has helped to improve policies, practices and research that support education systems in Africa and beyond, to create safer and more equitable learning environments for young people and their teachers.

Findings from research led by IOE have helped provide safer and more gender-equitable schools across eight countries in Africa. Working with educational agencies, governments and non-government organisations, Professors Jenny Parkes and Elaine Unterhalter have changed the way that gender equality is understood and evaluated, influencing policy and practice and helping to secure over £800 million for related projects.