UCL research has created a more accurate assessment of how much carbon is stored in the world’s forests, improving international space agency observations and influencing UN-led policy. 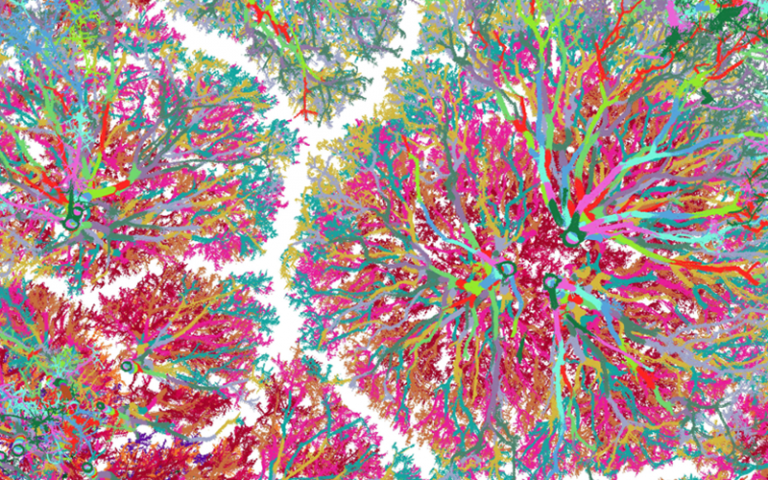 Trees are carbon-storing powerhouses. Their ability to absorb greenhouse gas emissions means that forests are critical for tackling climate change. This is recognised by the Paris Climate Agreement, which has earmarked trees to provide 25% of the planned reduction in greenhouse gases. Accurate measurements of how much carbon is stored in the world’s trees is critical if these targets are to be met.

By using his pioneering ground-based terrestrial laser scanning (TLS) to ‘weigh’ trees, Professor Disney has provided far more accurate 3D measurements of forest structure and biomass. Not only is his method non-destructive, but it can be applied to many more trees than can be physically sampled, and it can be carried out on any size of tree.

TLS measurements suggest that the mass of larger trees is generally underestimated by the simple model approach, sometimes by more than a third. Given their disproportionately large potential for storing carbon this has important implications for understanding the relationship between forests and climate.

Professor Disney’s work has also shown that the value of urban trees has been underestimated and that in some cases, pockets of urban forest can store as much carbon per hectare as rainforests.

Working with NASA and the ESA

Professor Disney currently leads an ESA-funded consortium in French Guiana, Gabon and Borneo that is collecting information on forest height and biomass, specifically for tropical forests, to help understand how they are changing, and their role in the carbon cycle.

The UCL research has also shaped the UN Intergovernmental Panel on Climate Change’s policy recommendations for how nations report their greenhouse gas emissions to help them meet the Paris Agreement targets.

The research has ignited conversations about trees and their planet-saving properties everywhere. From a 2018 documentary about trees with Dame Judi Dench to media appearances and an exhibition at the Victoria & Albert Museum, Professor Disney has brought his research to a large public audience, doing much to raise awareness of the incredible value of trees.

Charities including Friends of the Earth and Trees for Cities have benefited from open-source software and tools developed by Professor Disney and team to demonstrate the carbon storage value of urban forests, which have so far been undervalued by policymakers and town planners.

Professor Matthias Disney’s new 3D measurements of trees has allowed for more accurate assessment of how much carbon is stored in the world’s forests. This research has improved international space agency observations, influenced UN-led policy recommendations on greenhouse gas reporting and influenced public perceptions of trees and forests.