Researchers at UCL Bartlett’s Institute of Sustainable Resources have established what proportion of fossil fuels need to remain in the ground in order to meet international climate change targets. 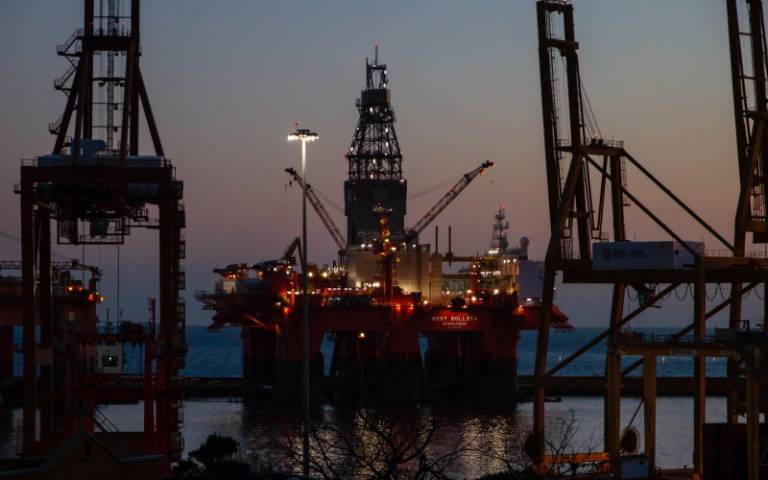 The team’s findings, focusing on global oil, gas and coal reserves, were central to The Guardian’s Keep it in the Ground campaign and have stimulated international divestment decisions and influenced climate change policy. They have changed how investors view climate risk, adding strength and authority to the fight to limit global warming.

Through global warming, the average surface temperature of Earth’s atmosphere is rising. In 2015 the Paris Agreement set a target to limit temperature increases to well below 2°C above pre-industrial levels. To have a 50% chance of staying within a 2°C increase, carbon emissions must be limited to 1,100 gigatonnes of carbon dioxide – the 2°C ‘carbon budget’ – between 2010 and 2050.

TIAM-UCL examines global energy systems from source (for example, coal, gas and renewables) to use (such as in mobility, heating and lighting) to determine cost-optimal ways to meet energy service demands. The model uses a scenario-based approach and works across 16 global regions.

Modelling using the carbon budget for CO2 emissions to 2050, the researchers found that a third of oil reserves, half of gas reserves and more than 80% of current coal reserves need to remain unused to meet international targets.

The budget would be vastly exceeded by the emissions contained in fossil fuel reserves owned by state and private-sector fossil fuel companies. This in effect categorises these resources as ‘unburnable’ under the Paris Agreement target. Attainment of that target would make them – and their associated infrastructure – low or no value, ‘stranded assets’.

The research has had a substantial impact. In 2015, The Guardian newspaper launched its Keep it in the Ground climate campaign, directly citing the Bartlett research in its launch article. Since the campaign’s launch, the Guardian estimates that institutions worth $2.6 trillion have pulled investments out of fossil fuels, with the Bill and Melinda Gates Foundation divesting from Exxon Mobil (worth $824 million) and BP (worth $187 million). The Guardian Media Group itself has divested £800 million.

The research contributed directly to the development of awareness of the risks to the value of fossil fuels from the need to limit global warming. The United Nations Principles for Responsible Investment (UNPRI) and the Intergovernmental Panel on Climate Change (IPCC) both cite the research in warnings to investors about climate-related risk, encouraging investors to rethink investment strategies to consider the financial risks of energy assets being potentially stranded.

Investors such as Citigroup have set about “stress-testing” against scenarios in which demand for coal was dramatically reduced or subject to a high carbon tax.

The increasing pressure for companies to reveal their own financial risks related to decarbonisation can also be found in policy changes, such as the establishment under the Financial Stability Board of the Task Force on Climate-related Financial Disclosures (TCFD), chaired by Michael Bloomberg. TCFD has since developed guidelines for companies to report climate risks to investors.

In 2016, the Scottish government cited the Bartlett research in a decision to ban unconventional underground coal gasification after an independent review found that the technology might jeopardise the country’s climate targets. In Australia, the research provided important evidence that prevented the construction of a coal mine, stopping carbon emissions estimated at more than 38 million tonnes.

By changing how investors, companies, and governments understand the financial impacts of climate change, the research has contributed to a global revaluation of assets, divestment, climate change policy and legal challenges to further fossil fuel development.

Research at UCL Bartlett’s Institute of Sustainable Resources has established what proportion of global oil, gas and coal reserves need to remain in the ground to meet international climate change targets. The researchers’ findings were central to The Guardian’s ‘Keep it in the Ground’ campaign and have stimulated international divestment decisions, influenced climate change policy, and changed how investors view climate risk, adding strength and authority to the fight to limit global warming.

You can also hear this episode on Spotify or Apple Podcasts.