Young people in care: the support that puts university within reach 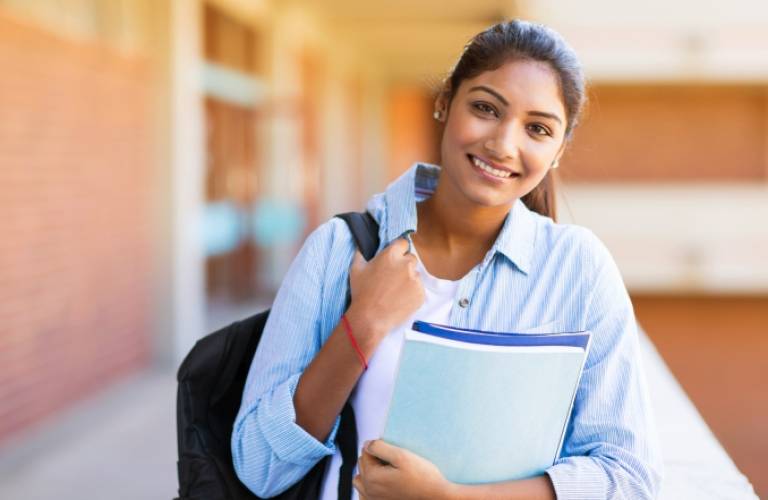 The study By Degrees triggered new legislation and support systems to help young people from the public care system get to university and complete their studies.

Each year, some 6-8,000 British 19-year-olds who have been in care set out to make their way in the world. Those who go on to higher education number in the hundreds. In 2000, the children's charity Buttle UK commissioned a five-year research programme led by Professor Sonia Jackson at the UCL Institute of Education to examine the experience of the one in 100 care leavers who entered higher education at that time. The principal aim of By Degrees was to produce evidence that would ultimately increase the numbers of such young people staying on in education.

In previous research, Professor Jackson had already highlighted how children in the UK care system were failed by the education system. By Degrees showed UK care leavers were deprived of most educational opportunities open to other young people, with barriers including lack of information and advice; changes of residential placement during preparation for school exams; uncertainty about available financial support; and anxiety about accommodation during term-time and vacations. Based on these findings, the researchers made 43 recommendations for central and local government and higher education institutions to provide greater support for care leavers entering higher education. This work was later extended through the YiPPEE study which brought the aims of By Degrees into the European arena.

By Degrees proved to be highly influential. Citing Professor Jackson's  research, the Children and Young Persons Act 2008 required local authorities to pay a one-off additional bursary to care leavers entering higher education from 2008 onwards. An accompanying memorandum recommended the bursary be set at £2,000, based on the UCL IOE finding on the additional debt burden born by care leavers. In 2013, a Buttle UK survey found that 41% of respondents were influenced by the financial support available for higher education.

The research was central to changes in national legislation that made the educational achievement of children in the care system a statutory priority for local authorities. - Brian Roberts, Chair of the English Advisory Committee of the Fostering Network

Local authorities across the UK improved their support for care leavers based on the research recommendations. In addition to the bursaries, the 2008 Act mandated a personal advisor until the age of 25 and a designated teacher responsible for promoting the education of children in care. Following later research on the support the virtual school concept provides to children in care, this was mandated for all local authorities through the 2013 Children & Families Bill. Many changes in local policy were also triggered by the research. Over 110 local authorities signed up to the Government's Care-leavers Charter, launched in 2012, pledging they will support these young people until they reach 25, as recommended in By Degrees.

To ensure that care leavers are supported at university, UCAS followed the research recommendation to include a confidential tick box from 2008 for care leavers to help identify those who required support - including advice and extra funds - in higher education.

As recommended by the researchers, between 2006 and 2014 Buttle UK awarded the Buttle UK Quality Mark for universities recognising those institutions which adopt a statement of commitment to care leavers including support with finances and accommodation, and a clear route to accessing advice and support. By 2013 56% of all higher education institutions in the UK had earned the Quality Mark and demonstrated a robust strategy to support care leavers. In 2014, when Buttle UK wound down the Quality Mark, it cited the success of this measure in helping to change practice across higher and further and education.

By 2013, most of By Degrees' 43 recommendations to central and local government and higher education institutions have become policy. Care leavers now face fewer barriers to continuing their education and those who go on to university have a better chance of completing their degrees.

Impacts extended beyond the UK through the YiPPEE study; a European Commission policy review recommended that European legislation follow England's lead, and used evidence from YiPPEE to advocate for cooperation between schools and welfare agencies. In Sweden, Skolfam (School Focus in Foster Care), inspired by Jackson's work, was launched in at least 11 municipalities. By 2012, all young people from four cohorts of Skolfam-children in Helsingborg (the first to initiate the project) had passed the high school entrance exam, exceeding the national percentage of 87%.