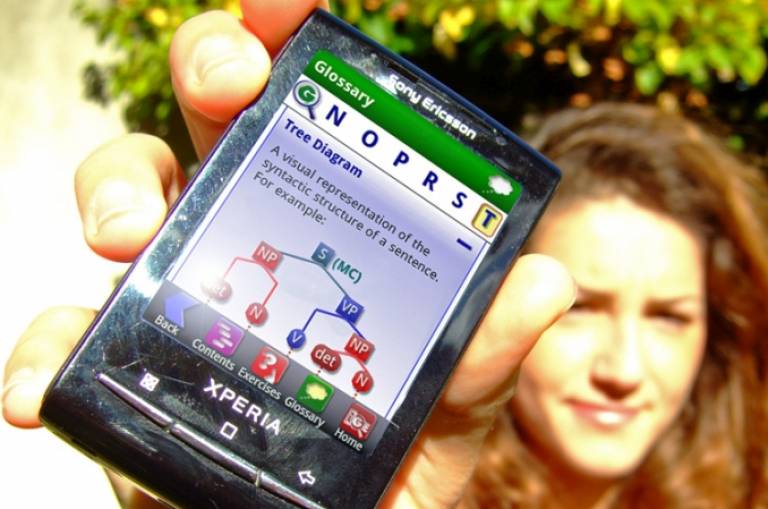 Drawing on decades of research on how English is actually used, the UCL Survey of English Usage developed the Internet Grammar of English (IGE)  with 3.7 million users, together with popular, well-reviewed Apple and Android apps, to help students learn from real-life examples of spoken and written English.

There is a long tradition of using invented sentences to illustrate grammar in textbooks. Teachers and students find the artificiality of sentences such as The cat sat on the mat a barrier to getting to grips with language learning.

The UCL Survey of English Usage, established in 1959 and currently led by Professor Bas Aarts (UCL English Language & Literature), has collected and analysed a number of corpora of spoken and written English. Drawing on these resources, UCL researchers launched the Internet Grammar of English (IGE) in 1998. With over 3.7 million users since then, IGE has become a major resource for both native and new learners of English who wish to understand the language as it is used in ordinary speech and writing, and has been licensed for offline use by companies and individuals around the world.

The success of this website led, in 2011, to support from UCL Business PLC to develop an app designed for Apple devices (iPhones and iPads), with an Android version launched 2012. This app has since become a widely recommended learning tool for English. It is available in free and paid versions, and accessible worldwide. 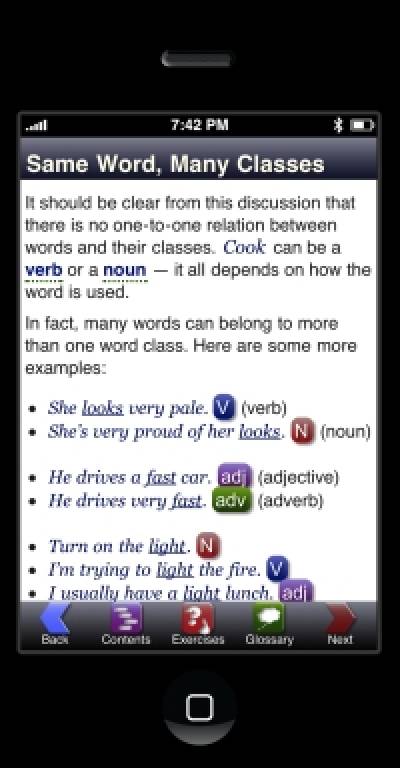 Since its launch the app has been downloaded by over 46,000 users and has a five star rating on both the Apple and the Google Play stores. As one reviewer said, "Even in the free version there is both scholarly yet easy to understand content about key aspects of English grammar as well as very useful exercises…The full glossary included is easy to use and a fantastic reference for students of all levels. It is clear that this is the product of university-level work, made accessible to all kinds of users". Experts in English language teaching have endorsed it: the English Editing Blog called it "an essential acquisition for iPad-owning English teachers", and the website and apps have been recommended by the BBC's Learning English site, the British Council, Macmillan Dictionaries Online, Palgrave Study Skills, Guardian Education and many other sources.

It has proved an invaluable resource for English language education. As such the app is a core part of curricula at the University of York and the only required resource for students enrolled on a linguistics course at Montclair State University in the United States. As one student said, "Students have mentioned challenging themselves with the exercises while in between classes, waiting on lines for various reasons, and any time they may have usually found themselves aimlessly wandering the net. … A useful and exciting App worthy of further classroom attention."

iGE was funded by the ESRC, EPSRC, the Leverhulme Trust, and the British Sasakawa Foundation.

" I'm currently studying A level English Language this app is great for terminology, you get a lot for your money. - 5* review on Apple's App Store