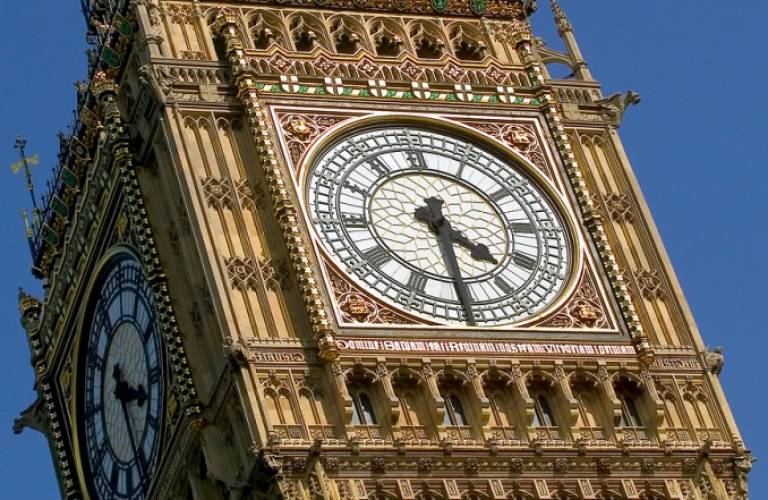 The House of Commons' Backbench Business Committee was established in 2010 following research by Professor Meg Russell which suggested that such a committee, with responsibility for programming a new category of backbench business, would open Westminster up to important debates that might not otherwise have taken place.

In 2001, whilst serving as an adviser to the then Leader of the House of Commons, the late Robin Cook, Dr Russell (UCL Constitution Unit) noted that many MPs were frustrated about their lack of control over the parliamentary timetable. This was particularly acute for backbenchers on both sides of the House.

In 2004, Dr Russell began a comparative study of so-called 'business committees' in other countries. In a report titled The House Rules? she noted that such committees elsewhere are often dominated by party leaders and whips. She thus proposed a unique model for the UK House of Commons, of a committee made up of backbenchers, to schedule a new category of backbench business in the Commons chamber.

When the MPs' expenses crisis broke in 2009, Tony Wright MP was appointed the chair of a select committee looking at options for parliamentary reform. Explicitly following Dr Russell's proposed model, the committee recommended that a Backbench Business Committee be formed, with responsibility for the new category of backbench business.

In June 2010, the Backbench Business Committee came into existence and now regularly schedules debate in the House of Commons. Backbench MPs must bid for time, and the Committee particularly favours debates that have cross-party backbench support. The wide range of debates has included discussion, for example, of Afghanistan, contaminated blood, banking reform, mental health, loan sharking, prisoners' voting rights and the 1989 Hillsborough disaster. Many topics debated would not have reached the parliamentary agenda under the old system, because whips could keep matters off the agenda that were uncomfortable for party leaders. One particularly high profile backbench debate was that on EU membership, on 24 October 2011, when 81 Conservative MPs defied the whip to vote in favour of a referendum.

Since its establishment, the Backbench Business Committee has been recognised as a healthy development for parliament, which boosts MPs' independence and is celebrated by members across the political divide. A review of the committee quoted the Labour Shadow Leader of the House, Angela Eagle as saying that it was "a key avenue for Members wanting to give voice to public concern", and Graham Brady MP, chair of the Conservative 1922 committee, that "there are debates that have been held that the Government would not have wished to hold, and that has opened up the process and has opened it up to public opinion far more".

Research was funded by the Nuffield Foundation.