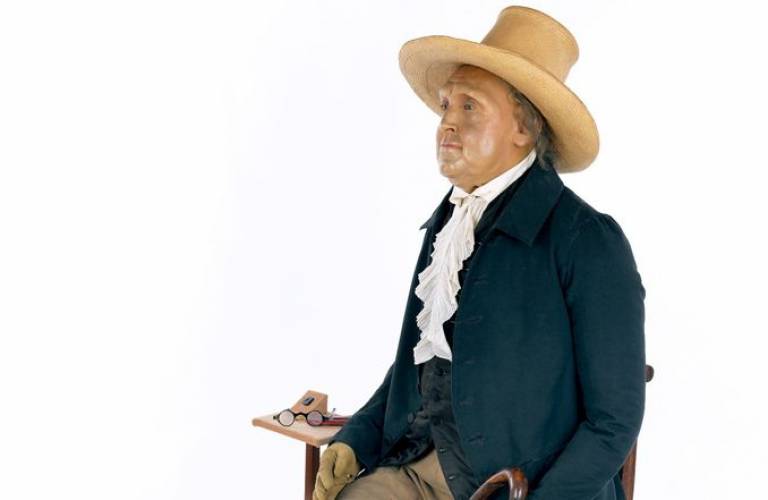 UCL's world renowned Bentham Project launched an innovative online platform to crowdsource the transcription of the great philosopher Jeremy Bentham's manuscripts, most of which have never been studied. Despite the challenging subject-matter, Transcribe Bentham was a hit, with 11,000 pages of manuscripts, amounting to 5.5 million words, transcribed by a dedicated global community of users.

UCL holds over 60,000 folios of manuscripts by Bentham, the utilitarian philosopher and social reformer. Since 1959, the UCL Bentham Project has been transcribing and producing the authoritative edition of Bentham's Collected Works. However, top class scholarship takes time and resources: to date, 30 volumes of an anticipated 80 have been published.

The UCL Bentham Project's Professor Philip Schofield and Dr Tim Causer collaborated with Professor Melissa Terras (UCL Information Studies) to develop a new way to crowdsource the process of transcription, as well as to bring an online public into contact with the ideas of UCL's intellectual founder, and learn the palaeographical techniques required to read 18th century manuscripts, and the encoding skills required to make the transcripts accessible.

This is achieved through an online platform, based on that used for Wikipedia, which gives registered users a tutorial in transcription and then allocates them a previously untranscribed manuscript. A community of users with a shared purpose has been developed through social functions (such as user profiles and 'friending'), feedback and a virtual 'rewards' system. Transcriptions are assessed by project researchers and then uploaded to a Digital Repository and made freely available for study.

To date, thousands of members of the public from around the world have registered with the scheme, while nearly 500 have submitted transcripts.By 30 September 2014, a total of 10,979 manuscripts were fully or partly transcribed, with 92% accepted for uploading to UCL's Digital Repository. The project itself has been covered in The New York Times, the Boston Globe and popular online forums such as Gizmodo and Metafilter. The success of the model led to its adoption by other transcription projects, such as the Letters of 1916 project in Dublin and the Edvard Munch Digital Archive in Oslo.

The distinctive feature of the prize-winning Transcribe Bentham initiative is that it does not merely engage the general public with, but involves them in, academic research. The transcripts generated will not only be used by researchers in their interpretive work, but will be the starting point for new volumes in Bentham's Collected Works.