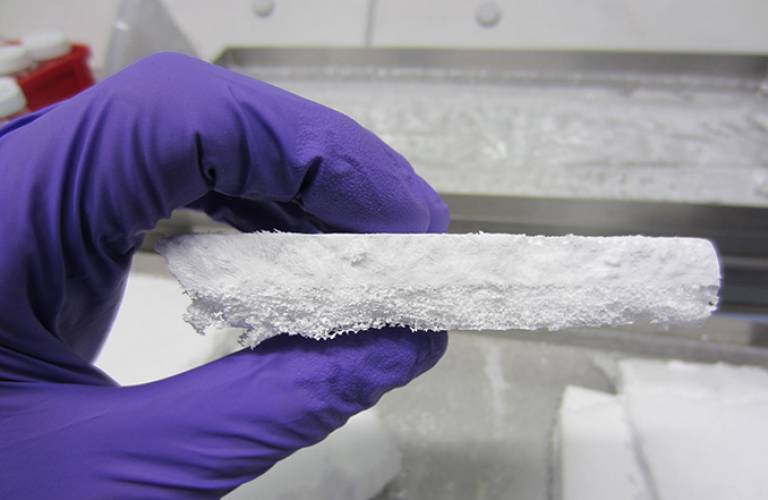 A new technology that allows for cheap and portable hydrogen storage has been developed through research conducted at UCL in collaboration with the STFC Rutherford Appleton Laboratory. A spinout company, Cella Energy, was set up to commercialise the fuel technology.

Hydrogen could be the ideal green fuel of the future, as it has three times more energy than petrol per unit of weight, yet produces no harmful emissions when burnt. However, it is difficult to store because, as the lightest element, it is hard to squeeze enough of it into a small enough space to be useful. On top of that, most of the potentially interesting hydrogen storage materials that have been discovered in recent years suffer from slow hydrogen release, too low or too high release temperatures, or sensitivity to oxygen and moisture.

The UCL and Rutherford team overcame these problems by developing a nano-structuring technique called 'co-electrospinning' to produce tiny plastic micro-fibres 30 times smaller than a human hair. These hollow micro-fibres are then used to encapsulate hydrogen-rich chemicals known as hydrides, in a way that allows the hydrogen to be released at much faster rates and at lower temperatures than was previously possible. The encapsulation also protects the hydrides from oxygen and water, prolonging their life and making it possible to handle them safely in air.

This new nano-material contains as much hydrogen for a given weight as the high-pressure tanks currently used in prototype hydrogen vehicles, and can also be made in the form of micro beads that are safe to hold at room temperature and pressure, and do not need to be stored in heavy cylinders. The beads can be poured and pumped like a liquid, so could be used to fill up tanks in cars and aeroplanes in a very similar way to current fuels, but crucially without producing carbon emissions. They can be also formed or packaged into cartridges that can provide longer-lasting power supplies for uses such as unmanned aerial vehicles (UAVs). This technology underpins a spinout company Cella Energy Ltd, which was formed in 2011 and is based at the Harwell Science and Innovation Campus, Oxfordshire. 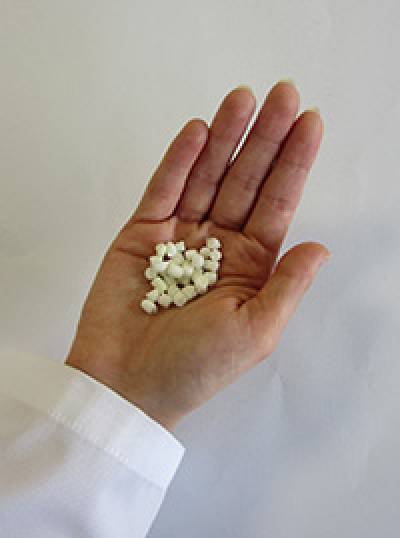 Cella has formed successful collaborations with chemical, aerospace and automotive companies to scale-up the material production and regeneration, and to develop products that use its materials. The company has won numerous awards for its technology, including the Shell Springboard Award and the Energy Storage Challenge.

In 2011, Cella began a partnership with Space Florida, which is an Independent Special District of the State of Florida that was established to foster the growth and development of a sustainable and world-leading space industry in Florida. A second Cella facility was opened at the NASA Kennedy Space Center, Florida, in 2012. This is working on a number of projects, including combining Cella's materials with a small fuel cell to produce a battery that has three times the energy of a lithium ion battery for the same weight. In collaboration with Cape Canaveral-based L2 Aerospace, Cella has produced a prototype wing-section and a hybrid fuel cell/battery system for the Aerovironment Raven UAV, which is half the weight of the previous power system.

High hydrogen content materials are the most efficient shields for high-energy space radiation. This type of radiation degrades electronics and reduces the lifetime of satellites. Cella's material, which has passed qualification tests for unmanned flight, and provides the best protection for the lowest weight, has been undergoing testing by the European Space Agency since 2012, and a flight has been awarded to take the material to the International Space Station.