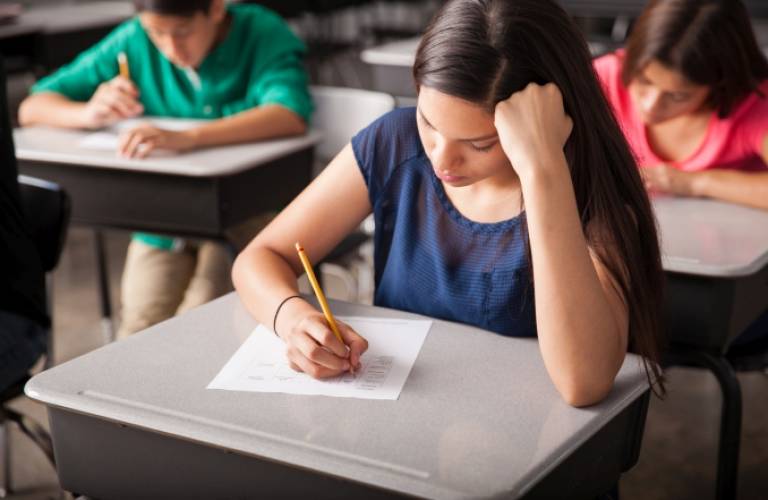 Educational performance tables influence both school choices and national education policies, but can both mislead and enlighten. UCL research helped convince the government that it should revise England's school performance tables.

Based on two decades of research on the economics of education and its application to policy and practice, scholars at the UCL Institute of Education provided vital data which have shaped national policy on performance tables.

Dr Rebecca Allen, working with Professor Simon Burgess (Bristol), analysed the consequences of the secondary school choices of more than 500,000 pupils who transferred to more than 3,000 schools in 2004. She found that two-thirds of children attending the highest-performing school available to them - rather than picking randomly - benefited from their choice. Surprisingly, Dr Allen also found that raw outcome measures were more useful than 'contextual value added' (CVA) measures, which weigh school performance by the challenges individual schools face.

The research by Allen and Burgess was cited in the Department for Education decision to remove the CVA measure from performance tables from 2011. Evidence from both studies helped to convince the Department for Education that it should further change pupil performance tables in 2012 and, following the recommendations of both studies, offer parents information about the GCSE performance of children of similar ability to their own - in all schools in their local area.

As a result, parents in England now receive more useful information on which to base school choices. Children are therefore likely to do better academically - because more families should make more appropriate school choices.

Funders included the Department for Education and the ESRC