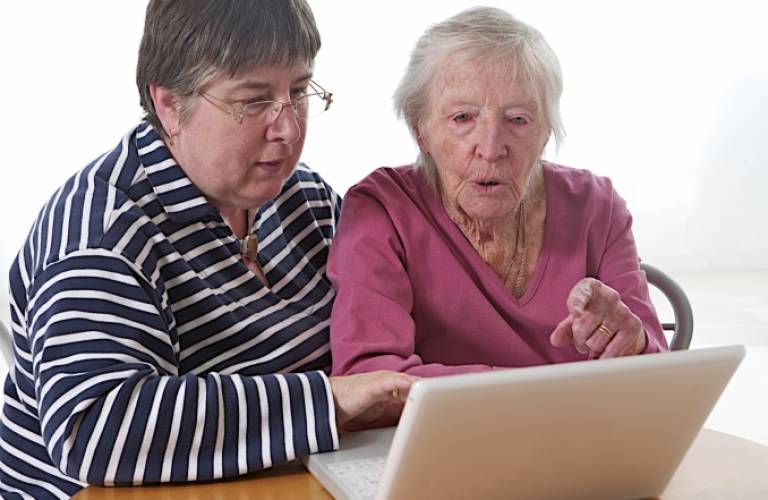 Research provided the intellectual framework for pioneering work on self-directed support in social care by the national charity In Control. This shaped recent government policies including the Putting People First strategy (2008) and improved health and quality of life for more than 600,000 disabled citizens and their carers.

Self-directed support enables people to take control of their own care or support instead of being subject to external dictates. This may be done, for example, through personal budgets which enable people to allocate their care budget towards the services and activities that fit their individual needs. While this is now the system of social care in the UK, it initially faced strong objections as a demeaning form of 'compensating' for disability, and potentially undermining collective facilities such day centres.

Professor Jonathan Wolff (UCL Philosophy) made a distinction between two different rationales for providing money to people with disabilities: 'pure compensation', in which alternative goods are provided to make up for the miseries or lack of 'internal resources' of disabled people, and what Professor Wolff called 'targeted resource enhancement' (later renamed 'Conditional Resource Entitlement'), in which people are provided with the means to buy goods and services so that they can achieve a flourishing life in their own way. This argument was further developed and refined in a unique collaboration with Simon Duffy, the Chief Executive of the national charity In Control, beginning 2002. Professor Wolff's conceptual work was used to support Duffy's practical work, clarify its intellectual arguments, and thus make the successful argument for self-directed support as a means of increasing autonomy.

Simon Duffy's inspirational work on self-directed services has benefited hundreds of thousands of people. It has been a privilege to contribute to the conceptual framework underpinning his approach. - Professor Jonathan Wolff

In 2006, after successfully testing self-directed support model, the Department of Health commissioned an In Control report on individual budgets. This was one of the bases of the Putting People First ministerial concordat, signed by six cabinet ministers in December 2007 and adopted as a national strategy from 2009 to 2011. This, in turn, catalysed and informed over a hundred local government policies directly affecting service provision.

As a result of Professor Wolff's collaboration with In Control, more than 600,000 people had received self-directed support by 2012-13. By March 2011 all councils in England had implemented Putting People First, benefiting at least 338,000 service users: in this context alone, the research informed the deployment of more than £1.5 billion of government allocations in support of personal budgets. Evaluations of the service found those receiving personal budgets were significantly more likely to feel in control of their daily lives, the support they accessed and how it was delivered.

Putting People First also influenced further government policy and programmes such as Think Local Act Personal (January 2011), the cross-sectoral partnership that succeeded Putting People First and which is based on 'self-directed support'. In Control's influence in this area continued to grow and can also be seen in the Social Care (Self-Directed Support) (Scotland) Act 2013.