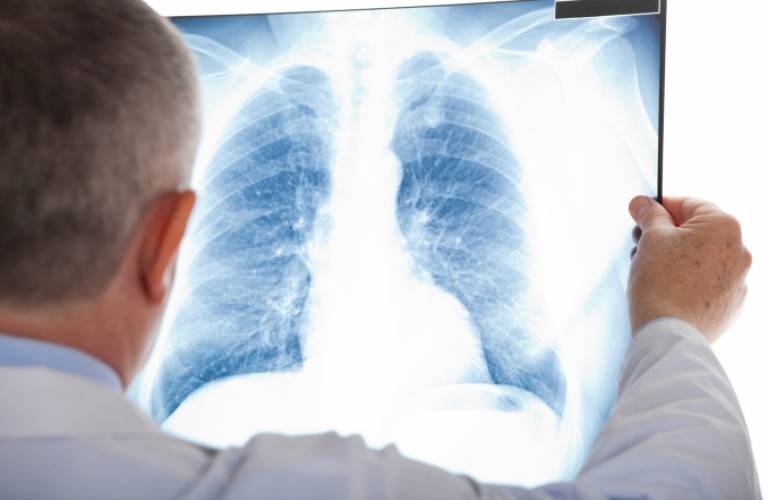 UCL has conducted a series of national lung cancer trials, which have led to wide-scale changes in clinical practice. Two trials compared different platinum based therapies, which led to centres switching from using chemotherapy with cisplatin to carboplatin-based chemotherapy instead. Carboplatin can be given as an outpatient, and has fewer side effects, and has been (and still is) recommended as an alternative to cisplatin in the UK and US.

Lung cancer is the most common cause of cancer death in the UK and other developed countries. The Cancer Research UK and UCL Cancer Trials Centre, in collaboration with the London Lung Cancer Group, has a 30-year history of conducting large-scale national trials in lung cancer treatment and screening.

Platinum-based drugs are effective for cancer, and standard combination therapy for lung cancer had included cisplatin as one of the drugs. However, there was interest in whether carboplatin could be used instead of cisplatin. Two studies in the mid-2000s investigated the combination of gemcitabine and carboplatin as first-line treatment for lung cancer, both with Professor Siow Ming Lee as chief investigator, UCLH. They were funded by Eli Lilly & Co Ltd.

Study 10 (in extensive or limited stage small cell lung cancer with poor prognosis) showed that the combination had similar survival outcomes to the existing standard treatment (cisplatin/etoposide), but was better tolerated by patients. It was the first trial of its type. Also, more patients were able to receive chemotherapy as outpatients (89% for carboplatin-based therapy compared to 66% for cisplatin-based therapy), and fewer patients had nausea and alopecia. Study 11 (in stage IIIb or IV non-small cell lung cancer) showed for the first time that outpatient chemotherapy was more effective than conventional inpatient chemotherapy (mitomycin, ifosfamide, and cisplatin), with improved survival (patients lived longer by, on average, 2.4 months) and better quality of life.

The gemcitabine/carboplatin combination thus became widely used as a first-line treatment in the UK and internationally to treat patients with advanced NSCLC because it could be given as an outpatient treatment with short infusion time. It was also better tolerated, causing fewer side effects compared to other regimens.

In 2009, new treatments were introduced for NSCLC (pemetrexed-based chemotherapy) and since that time, gemcitabine/carboplatin has been used mainly to treat SCLC, as recommended by the National Institute for Health and Clinical Excellence, and in the US and Canada. In the year 2012-13, this amounted to around 900 patients in the UK alone.

Many patients with advanced lung cancer find it difficult to tolerate some drugs, one of which is cisplatin. These two trials have provided an effective alternative drug, carboplatin, which is more tolerable and so used by many clinicians to allow patients to receive treatment and improve their quality of life. - Professor Allan Hackshaw