The Mirrlees Review: Influencing policy and debate on taxation 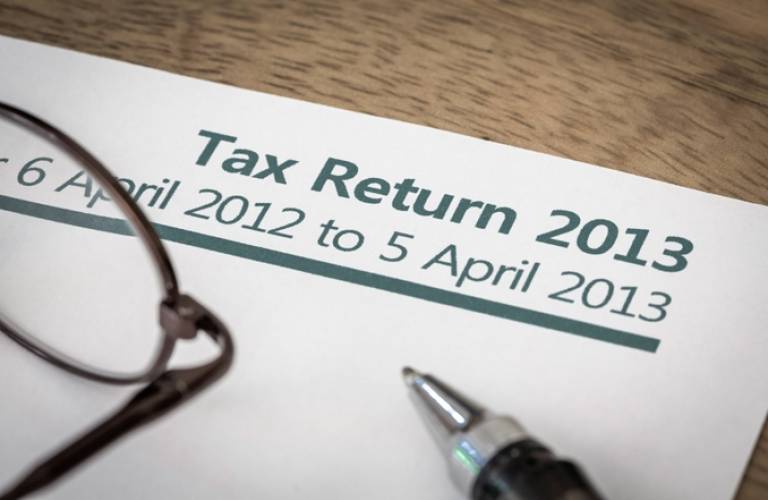 Through the Mirrlees Review and other publications, Professor Sir Richard Blundell transformed understanding of the responsiveness of labour supply to tax and welfare reform. This provided the scientific evidence for tax rate, tax credit and benefit integration proposals and was key to the business case for Universal Credit.

In 2010 and 2011, the Institute for Fiscal Studies released the influential Mirrlees Review of Tax Reform, co-authored by the Cambridge economist James Mirrlees and Professor Blundell (UCL Economics). This review has since had significant influence on tax and welfare policy in the UK and abroad.

The scientific evidence underpinning the Mirrlees Review's recommendations on tax rate, tax credit and benefit integration derived extensively from Professor Blundell's world-leading research on microeconometrics. In 1984, he set up the Microeconometric Research Laboratory at UCL Economics, which initiated a new generation of pioneering microeconometric research in the empirical analysis of tax and welfare policy. Subsequent work provided new and robust microeconometric methods for estimating labour supply parameters from individual micro-data.

The Mirrlees Review is a key example of the influence this research has had. On its publication, the report received widespread acclaim, including from the then US Treasury Secretary Larry Summers, who wrote: "Theory and practice rarely are brought together effectively. It should be read by anyone who cares about the future of taxation - that is anyone who cares about the future of government."

The launch of the first volume of the Review was an important factor in the UK Treasury Select Committee's decision to launch an inquiry into the principles of tax policy. The proposals on earnings tax reform in the Mirrlees Review, which were based on Professor Blundell's research, formed the key evidence for the Treasury Committee Report, Principles of Tax Policy (2011) which used it as a framework to formulate its own recommendations.

Similarly, the Office of Tax Simplification, which was mandated with assessing the worth of the UK's tax allowances and relief in 2010-11, relied on the Mirrlees Review as an exhaustive assessment of the tax system as well as in discussing specific aspects such as inheritance tax and corporation tax. This report was presented to the Chancellor to inform the 2011 Budget.

This painstaking empirical research into the way the tax system affects individual behaviour, based on detailed analysis of micro-data, has transformed the debate on tax reform and revolutionised academic research on tax policy. - Professor Sir Richard Blundell

The research not only helped make the original business case for the Universal Credit reform introduced as part of the Welfare Reform Act 2012, but had direct impact on its design. This reform involved a complete redesign of the benefit and tax credit system in the UK, involving some £55bn of government expenditure impacting on more than 8 million families, with a limited rollout from 2013. In 2012, Professor Blundell joined a high-level Universal Credit Evaluation Committee at the Department of Work and Pensions (DWP) to monitor and assess the rollout. His research was acknowledged as one of the primary sources for the DWP's understanding of the impacts of Universal Credit.

In recognition of his contributions, Professor Blundell was awarded the 2012 Prize in Labor Economics by the German institute for the study of labour, IZA, shortly after the institute proposed a tax reform for Germany based on his methodology. In 2010, the Netherlands Bureau for Economic Policy Analysis at that country's Ministry of Finance published its own review of the Dutch tax system inspired by the Mirrlees Report.