Materialising the digital: The commercial, social and cultural benefits of new artistic forms 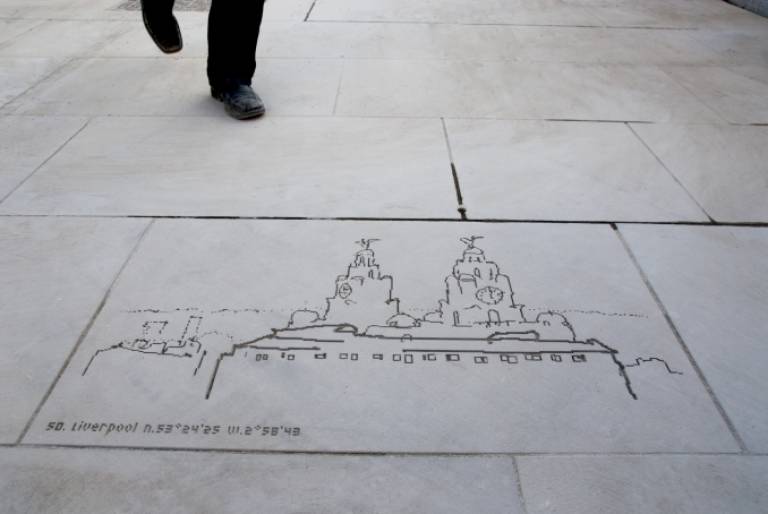 A group of UCL artists research the interface between the material and the digital realms to create new forms of artistic expression. These have been acquired by national collections and influenced curatorial policy. They have reached wide audiences through work in the public realm, and collaboration with Liberty. 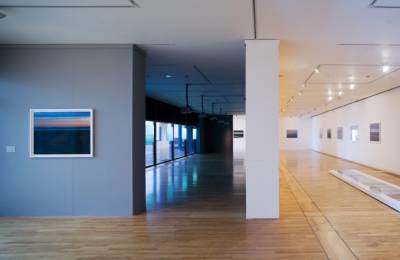 Since its foundation in 1995, the UCL Slade Centre for Electronic Media in Fine Art (SCEMFA) has investigated how the products of the digital world interface with the material. A key starting point was Professor Susan Collins' pioneering work In Conversation, which used one of the earliest examples of online video streaming to link the internet to the public physical space of the street, thereby bringing the internet into the physical realm and online and offline participants into contact with one another.

Professor Collins extended this with an ongoing remote landscape series including Seascape (2009), which combined digital technologies with the classical traditions of English landscape painting to create a series of gradually unfolding digital seascapes using imagery captured in real time. Each image was constructed one pixel at a time to reveal endless fluctuations in light, movement and time. Seascape was shown at the De La Warr Pavilion in Sussex (2009) with over 18,000 visitors. The renowned director Ken Russell reviewed the show for The Times and recognised and celebrated Seascape's exploration of "how electronic space enables us to experience physical space in an amplified way". Five prints were acquired by the Government Art Collection and displayed in 10 Downing Street. 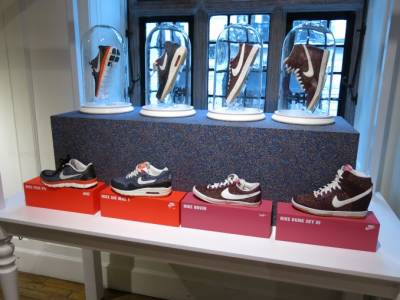 Tim Head likewise explored the basic ingredients of the digital medium and redefined the usual role of a commercial inkjet printer, diverting it from a reproduction machine into a direct printing medium. This unique approach led to a commission for Liberty's Autumn/Winter 2012 premium art fabrics collection. Dust Flowers and Virtual Light were developed into Liberty print designs and served as the original inspiration for a new collection of digital prints. Head's Liberty prints have since been used for other products, from pushpins to clothing, with Virtual Light being used in a Nike x Liberty collaboration titled 'pixel pack'. Launched in 2013 as an exclusive limited edition, the range caused an intense fashion buzz on both sides of the Atlantic. 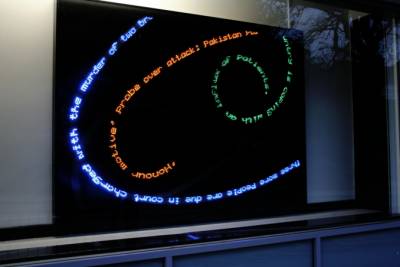 Thomson & Craighead is a research partnership between UCL's Jon Thomson and Alison Craighead (University of Westminster and Goldsmiths College), exploring real-time processes and live data transmission to demonstrate the potential for digital content to be brought into the physical world. BEACON (2005) continually relays live web searches online, projected in a gallery, and as a mechanical railway half-flap sign. It was widely exhibited in the UK and appeared in Tallinn, New York, Edinburgh and London in 2008-2011.

Decorative Newsfeeds (2004) animated current news headlines and was installed in Forest Hill, London, from 2006-2011. Its popularity led to its extension by two years to 2013; the commissioner called it "one of the most successful works for the public realm I have been personally involved in, connecting daily with thousands of passers-by and customers to the store". In 2010, the work was cited in Rethinking Curating as an example of how artists can bridge the gap between distributed networks and public spaces.

London Wall (2010) was one of the three commissions at the relaunched Museum of London, and represents social media traffic within a three-mile radius of the museum. Following its initial run, London Wall was acquired for the permanent collection as a socio-historical record of online social networking - the museum's first acquisition of this kind. 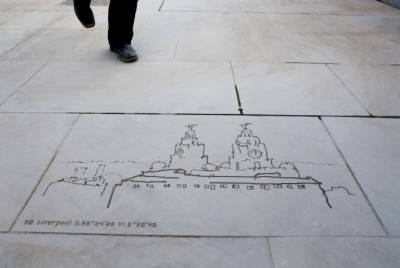 In 2008, Simon Faithfull was commissioned by a consortium including Liverpool City Council, Liverpool Biennial and other partners to develop the public art component of the regeneration of Lime Street station, the Grade II-listed 'gateway' to Liverpool city centre. In Liverpool to Liverpool (2008), he conceived a work serving as a gateway between the digital, the performative and the physical. He linked the city's heritage with its future through 181 digital drawings - made on a Palm Pilot during a journey from Liverpool, UK, to Liverpool, Nova Scotia - which were etched into the paving and glass of the redeveloped Liverpool Lime Street station in 2010. This reconception of digital art as something which can inhabit physical spaces was a central contribution to a regeneration project in a station through which over 24 million people pass every year and was awarded a blue plaque from the National Railway Heritage Awards.