Making Games: empowering pupils to design their own digital games 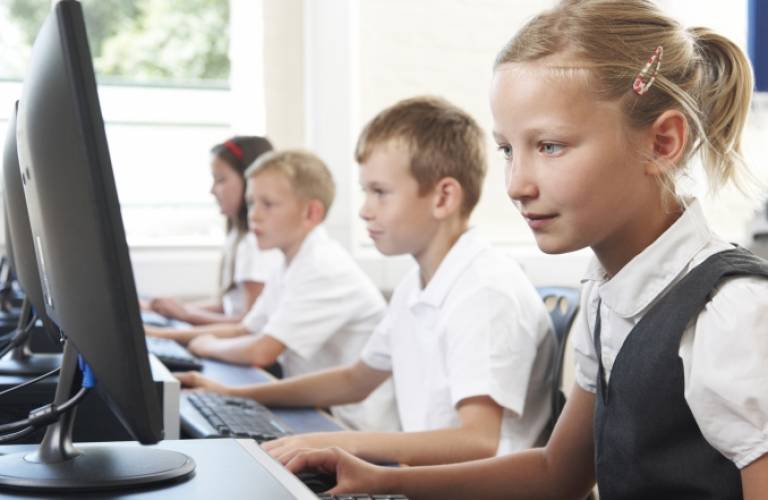 MissionMaker enables young people to make sophisticated computer games without having programming knowledge. It is used in hundreds of schools and centres throughout the UK and internationally.

As early as 2003, researchers at the UCL Institute of Education noted the dearth of suitable software to enable children to design and produce computer games. Led by Professor David Buckingham (now of Loughborough) and Professor Andrew Burn, the Making Games project recognised the educational potential of such a tool and, with Immersive Education Ltd, developed software that would allow young people to make 3D adventure and puzzle games that are as satisfying to play as the ones they buy. This project focused on game design as an extension of literacy, specifically 'media literacy', and was based on the conviction that gaming is as valid a study area as other cultural forms such as film and television. The researchers defined the areas of knowledge that pupils need to acquire, such as the conceptual understanding of the conventions of game design, the way games target different audiences in specific ways and the commercial and regulatory aspects of game design. Their model of game-literacy was then used to create materials to accompany the software.

Over three years, the researchers and Immersive Education created and evaluated successive prototypes for pupils and teachers which were tested out through a long-running collaboration with schools in Cambridge and London. The result was MissionMaker, which enables young game-makers to build first-person adventure missions, and is now used in hundreds of schools and other educational establishments across the UK. The tool has been widely featured on teachers' platforms, including online and on Teachers TV. By 2013, MissionMaker hads been licensed to some 1,000 establishments with over £700,000 in sales. In addition to using the ready-made classroom activities mapped to the national curriculum, teachers have developed their own packages, and use social media to share suggestions on how to apply the tool in the classroom.

The best thing about MissionMaker is it allows us to use our imagination. You have to think hard about who the game is for and work out rules. - Year 6 students at Burnt Oak Primary School, Sidcup

This has seen uptake across the UK. A teaching programme built around MissionMaker, Games, Game Engines and Design, has been endorsed by the OCR examination board for use towards its certificate in iMedia. The Scottish government has explicitly linked its ICT curriculum and the use of software such as MissionMaker with the future of the games industry. And the Sheffield Youth Offending Service has utilised the IOE tool in a programme which found the tool had powerful potential to address issues relating to actions and their consequences.

The model of industrial design developed by Making Games, which includes teachers and students serving as, effectively, co-designers, has since led to a partnership with Shakespeare's Globe to enable pupils to make games based on Macbeth. Within the games industry, Making Games, and its exploration of whether girls and boys used games in gendered ways, has contributed to a change in thinking and a rise in games for families, rather than 'girly' products.

The project has extended its reach internationally through keynote addresses at international conferences, media literacy seminars and teachers' conferences in Europe, the US, Australia and New Zealand. MissionMaker is being used in the US, Australia, Hong Kong, Finland, Germany, New Zealand and Denmark. Perhaps most significantly, in 2009, Singapore established a National 3D Game Building Competition for schools using MissionMaker to raise awareness that computer games can be engaging learning tools, with more than 100 teams participating every year.

In 2012, the UCL IOE purchased Immersive Education's four educational software products, Kar2ouche, Krucible, Mediastage and MissionMaker. This has enabled researchers to embark on a new phase of R&D and to bring new products to market under the name Magical Projects.