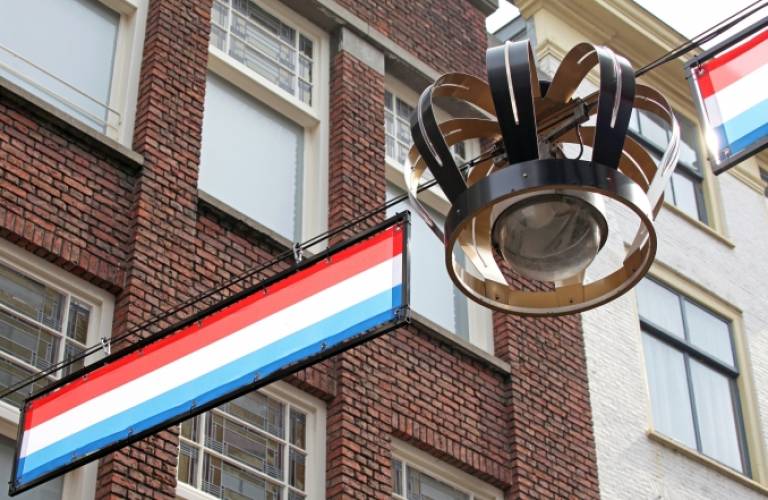 Professor Jane Fenoulhet's research contributed to a global paradigm shift in how Dutch Studies is conceptualised, shaping how lecturers define, research and teach this discipline, in potentially 220 faculties in 43 countries.

Dutch is a mid-sized language with about 22 million native speakers, and is taught as far afield as Georgia, South Africa and Indonesia. However, it is largely dependent on support from the Dutch Language Union (DLU), a unique intergovernmental treaty organisation which supports teaching and research in Dutch Studies around the world. Despite its global profile, traditionally the practice of Dutch Studies within the 'home' countries of the Netherlands and Flanders (Belgium) differed considerably from overseas disciplinary practice which was consequently undervalued.

Professor Jane Fenoulhet (UCL School of European Languages, Culture & Society) conducted a study of Dutch Studies as taught and researched both within and outside the Dutch language area. She showed that some of the most dynamic work was going on internationally, and that it was important to accept fluid disciplinary boundaries (e.g. between history and literature) for the health of the discipline.

Professor Fenoulhet was commissioned in 2008 by the Raad voor de Nederlandse Taal en Letteren (RNTL), which sets the DLU's policy direction, to join a team of four academics to give policy recommendations informed by her earlier research. Through the resulting report, the RNTL sought to revitalise a discipline seen as divided and stagnant by certain practitioners and funders. The recommendations for a move to an international or transnational (rather than a merely national[istic]) approach within Dutch Studies - as well as for the steps required to effect this - were incorporated into the RNTL policy advice document which followed in 2009.

As a result, Professor Fenoulhet's research catalysed a global paradigm shift in how Dutch Studies is conceptualised and influenced the deployment of the DLU budget, thereby affecting how lecturers define, research and teach this discipline in potentially 220 faculties in 43 countries.

In 2010, Professor Fenoulhet was appointed as the only international academic advisor to the 12-member RNTL policy advice body, with a watching brief covering Dutch Studies as a worldwide academic subject. Many of the recommendations emerging from her research were reflected in the RNTL's subsequent decisions, such as the provision, in the 2012 five-year plan, of funding for digital access to help support practitioners outside the language area. The five-year plan also prioritised support for literary translation. The DLU has made available funding opportunities to encourage contacts between researchers inside and outside the language area such as funds to bring overseas researchers to the Netherlands or Flanders.

The way in which researchers approach Dutch Studies has also been influenced by these changes. New forums were established for a dialogue between researchers, such as the Journal of Dutch Literature at the University of Amsterdam which (with DLU funding) explicitly places Dutch literature in an international context, as well as online forums and academic conferences. New research and teaching partnerships between universities inside and outside the language area have emerged, including joint programmes on literary translation supported by the DLU.