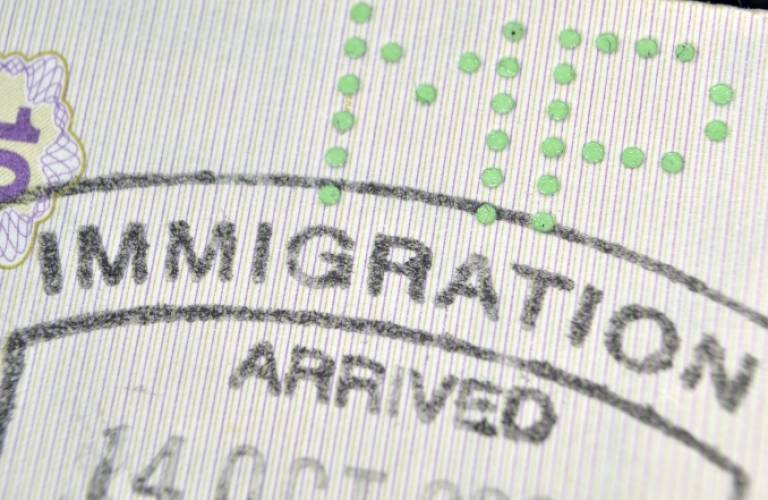 UCL research on the fiscal and wage impacts of immigration from the A8 countries provided the first injection of data and analysis into fraught media and political debates. It has since been extensively quoted in government reports and the financial press.

The effects of immigration are hotly debated in the UK, with vociferous arguments as to whether they provide a net positive or a negative for the host country and its inhabitants. Yet much of this debate is dominated by closely held emotional or political views, rather than by actual data.

Research at the UCL Centre for Research and Analysis of Migration (CReAM), led by Professor Christian Dustmann, injected vital evidence and impartial analysis into fraught media and political debates. It focused on two questions: what is the effect of immigration on wages in the host country? And what are the fiscal consequences of immigration?

Commissioned by the Low Pay Commission, which sets the national minimum wage in the UK, Professor Dustmann and his colleagues concentrated on effects on wages at the lowest end of the wage distribution, where the minimum wage is more likely to be binding. They found that immigration contributed positively to average wage-growth for UK born workers. However, this was largely the middle and upper end of the wage distribution; there was a slight downward pressure at the bottom of the distribution, where immigration held wages back by 0.7 pence per hour (compared to a contribution of 1.5 pence per hour at the median).

The fiscal impact of A8 immigration, ie from countries which joined the EU in 2004 (including Poland, Hungary, the Lithuania), has been a subject of hot debate in the UK. Was immigration detrimental - i.e. were A8 migrants a net cost in terms of the public benefits and services they used, or did they contribute positively to UK public finances through the taxes they paid? Professor Dustmann's team found that, contrary to widely held assumptions, A8 immigrants who were eligible to claim benefits were actually 60% less likely to receive social or tax benefits or to live in social housing. Every year, from 2004 onwards, A8 workers made a positive contribution to public finance, and in 2008-09 actually paid 37% more taxes than was spent on the public goods and services they received.

These findings proved a vital contribution to what is frequently an emotional and partisan debate: UCL CReAM provided undisputed evidence and clear figures to challenge unfounded claims in media, public and political debate.

" Our research shows that immigrants who arrived in the UK since 2000 have made a sizeable net fiscal contribution and helped reduce the fiscal burden on UK-born workers. We hope that our research will help to stir the debate on this important issue based on facts rather than anecdotal evidence and hearsay. - Professor Christian Dustmann

Political debate on immigration has been enriched by the research. A House of Lords Select Committee inquiry into the economic effects of immigration began in 2008. This, the first comprehensive examination of the impacts of immigration, referred repeatedly to research by Professor Dustmann and his colleague Professor Ian Preston. The UCL researchers were also invited to give evidence to the Select Committee, and figures from research featured heavily both in the final report and in the Government's response. Research has been cited in House of Commons debates, and former minister Liam Byrne referred to it as "the one good report in this area".

As the 2014 date on which work restrictions on Romanians and Bulgarians approached, UCL CReAM research once more provided vital input to public and media debate. In 2012-13, the work on the fiscal benefits of immigration was widely cited in the UK press, particularly in the financial press, and used to argue that immigration is, in fact, a net boon for the economy. The Migration Advisory Committee, a Home Office quango, drew heavily on the wages research in the most important and influential official investigation into the impact of immigration on the UK economy, and this led to further commissioned research.